For a fresh technology, there are already a number of electric cars on sale in India today.

EVs are coming guys and there are no two sides to that fact. Of course, mass EV adoption in India is still a decade or 2 away, yet we fully expect a vastly greater number of models to be available over the next 5 years (including from Maruti).

Having said that, for a fresh technology, there are already a number of electric cars on sale in India today. If you had to absolutely put your money down on an EV in India this week, which would it be and why? The Tigor EV is the first all-electric offering from Tata Motors in the Indian market. The Tigor EV is based on the brand’s compact-sedan offering and was initially launched in 2019, available exclusively for commercial buyers.

More recently, Tata updated the Tigor EV with an extended range, while also announcing its availability to private / individual buyers. The car is powered by a 21.5 kWh battery pack paired with an electric motor producing 40.23 BHP and 105 Nm. The Tigor EV has a claimed range of 213 km on a single charge (real-world range is usually 50 – 70% of ARAI claims, depending on the model). The boring performance & range of this car are nothing to write home about. The Mahindra e-Verito is offered in three variants – D2, D4 and D6. The electric sedan has an electric powertrain producing 41 BHP and 91 Nm. The 200Ah lithium-ion battery on the eVerito claims to offer a maximum range of 110 km on a single charge, making it best suited for urban commutes only. It’s a terribly old design that is also slow & overpriced. Truth is, such models give EVs a bad name. Mahindra could’ve had the first-mover advantage in the EV space (thanks to their Reva acquisition), but this is what they have to show for it? Quite sad. The Tata Nexon EV is the dominating EV in the Indian market, combining performance, practicality, features and affordability. But it does have the usual Tata niggles too and being Tata’s first attempt, the powertrain tuning is imperfect.

The Nexon EV is powered by a 30.2 kWh lithium-ion battery pack. This electric powertrain produces 129 BHP and 245 Nm and claims a maximum range of 312 km on a single charge. The Hyundai Kona Electric was launched in India back in ’19. The Kona Electric is the first pure-electric offering from the Korean brand and came with a bunch of features, while also offering good performance and range. However, over the years, the Kona Electric SUV has failed to make a dent in the Indian EV segment because of its price & stiff ride (bone-jarring on bad roads). Hyundai has introduced a facelift of the Kona Electric in the international markets, but there is still no word on whether it will make it to Indian shores. The Kona also went through a hell of a recall (Hyundai to recall Kona EV over faulty battery cells which can cause fire) which blew its reputation.

The Electric Kona is powered by a 39.2 kWh lithium-ion battery pack, paired with an electric motor producing 136 BHP and 395 Nm. The electric SUV claims 452 km of range on a single charge. If you want to understand how & why China is betting the house on EVs, test-drive the ZS EV. Its design feels old, yet the car feels the most sorted of all EVs under 30 lakhs. A direct rival to the Hyundai Kona, the MG ZS EV was launched in 2020. The electric powertrain is said to produce 140 BHP and 353 Nm, while the 44.5 kWh lithium-ion battery pack claims to offer a maximum range of 419 km on a single charge. Similar to most of its rivals, the MG ZS EV comes with both standard and fast-charging options. Moving to the more premium offerings, Mercedes-Benz introduced its EQC electric SUV in the Indian market last year. The EQC is based on the brand’s GLC model and carries forward a similar design, along with similar features and equipment as well. 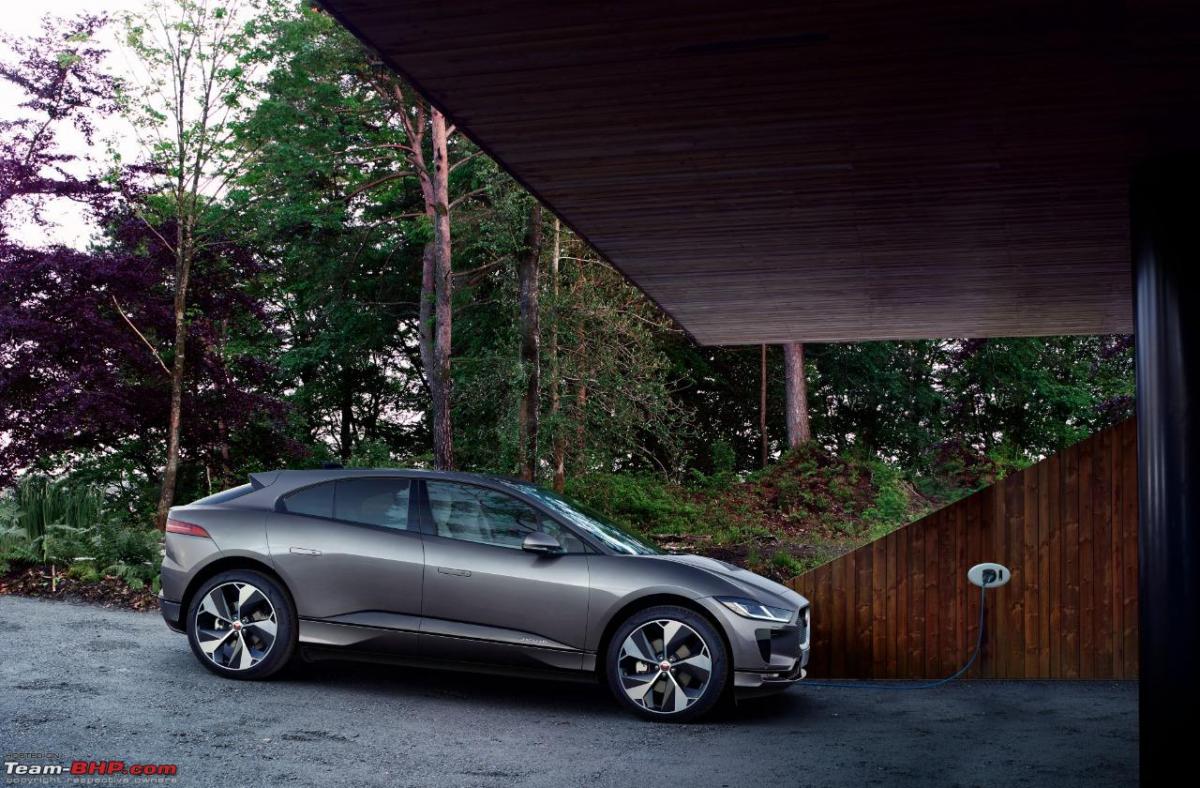 Rivalling the EQC in the Indian market is the Jaguar I-Pace. The gorgeous electric SUV from the British brand comes in three variants (S, SE & HSE), offering a host of features and equipment. The Jaguar I-Pace is equipped with a larger 90 kWh battery pack compared to its rivals. The electric powertrain produces 400 BHP and 696 Nm and claims a max range of 470 km. Audi has started accepting bookings for the e-tron SUV and e-tron Sportback models in the Indian market. The two fully electric offerings from the German brand will take on the Jaguar I-Pace and Mercedes-Benz EQC.

Similar to its rivals, the Audi e-tron & Sportback come powered by a 95 kWh battery pack, paired with two electric motors. The powertrain offers 355 BHP and 561 Nm, which is further boosted to 402 BHP and 664 Nm for 8 seconds, in ‘S’ mode. The two electric models offer a range of 359 – 484 km on a single charge. Prices for the Audi e-tron SUV & Sportback are expected to be announced later this month. GTO drove the e-tron in the US and you can read some of his impressions here.

Read More: Which electric car on sale in India today would you buy