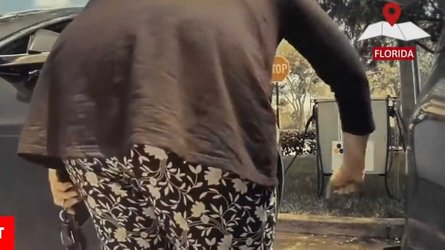 The world does not cease to surprise us. Here is quite an unusual event that happened at a charging point in Coral Springs, Florida (date unknown).

According to Wham Baam Dangercam video, A Tesla Model 3 user had visited a private charging point that was listed on PlugShare as a free-to-use home charging point (the app lists public charging points as well as private ones, that people lend to other EV owners).

He reportedly received permission from the charging point owner in advance, but about two hours after plugging-in, the got an app alert.

As it turns out, some woman was angrily bashing his car with her fist. But why?

Well, she is the wife the charging point owner, who apparently hadn’t been told that someone would be using their charging point.

Her first thought was probably that someone is simply stealing electricity, but the reaction was wrong anyway. Fortunately, no damages to the car were reported.

Anyway, it seems that the use of private charging points might be tricky sometimes and that Tesla’s Sentry Mode will reveal the painful truth of human nature that sometimes defies rational action.