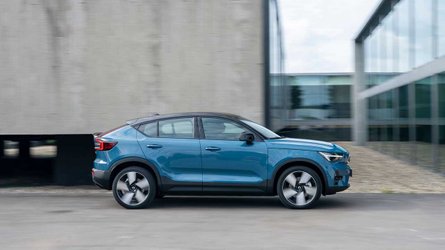 Small electric crossovers are big business right now, so this new report that both Volvo and Polestar are working on one is no surprise. Volvo already has a compact electric high-rider, the XC40 also available as the more rakish C40, and Polestar will launch its own similar-size model soon.

According to this report published by Autocar, both manufacturers are already hard at work creating a model that will be about the same size as a DS3 Crossback E-Tense or a Kia Niro Electric. The Volvo version will reportedly be available with a more traditional boxy body, called the XC20, or a coupe-like one that is expected to wear a C20 badge.

It won’t be underpinned by the current models’ CMA platform (also used in several Geely, Lynk & Co and Polestar models), using the newer SEA platform created by Volvo’s parent company, Geely. This platform has only been used in one vehicle until now, the Zeekr 001 shooting brake.

The 001 is a big vehicle, measuring almost 5 meters (196 inches) in length, it has 536 horsepower from its two motor (one driving each axle), it can sprint to 100 km/h (62 mph) in 3.8 seconds and it gets premium car features such as active air suspension. Two battery pack options have been announced for this shooting brake model, 86 kWh and 100kWh, the latter giving it an NEDC range of 700 km (435 miles).

We don’t expect the new Volvo and Polestar electric crossovers to have batteries as big as the Zeekr, or performance to match it, but the platform does allow for flexibility. Base versions will have just one motor and be front-wheel drive, and there’s a chance that only single-motor models will be on offer.