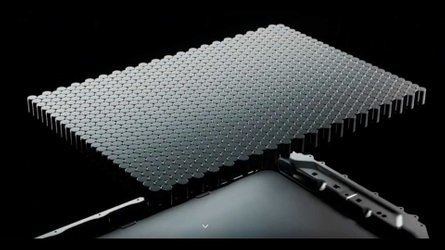 Tesla is hoping it can convince the US government to continue to waive tariffs on graphite imported to the United States from China. It would be one thing if Tesla was just looking for a cheap option, however, the electric automaker says it can’t get the critical material anywhere else.

Tesla notes that tariffs on graphite will have a negative impact on the automaker’s battery cost, which will obviously impact the price of its cars. For those unaware, a massive percentage of the price of any electric car is attributed to its battery pack. Tesla explains via Electrek:

“Tesla supports the renewal of the exclusion of artificial graphite from the Section 301 tariffs. Tesla has demonstrated with the information presented in this request that artificial graphite is currently not available in the specifications nor capacity outside of its current suppliers and China that is required for Tesla’s manufacture of EV batteries in the United States.”

Since the Biden Administration claims to be all about taking steps to curb climate change, which it says requires taking steps to promote and incentivize EV adoption, it should be concerned that the world’s leading electric automaker may struggle due to graphite tariffs. Tesla is also the primary consumer of batteries in the US, so it will be impacted more than any rival, at least in the present.

Tesla reportedly relies on a large amount of graphite for its battery cells’ anode. Work is currently in progress to source more graphite in North America. More specifically, Nouveau Monde Graphite’s project in Quebec, Canada, is the leader in the efforts.

Electrek notes that Tesla is also working to replace graphite with silicon. It says it’s working with a startup it acquired, which is experimenting with the new chemistry.