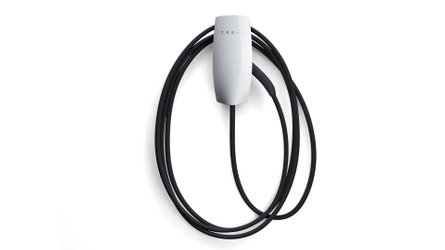 The Tesla Wall Connector is equipped with the company’s proprietary charging plug, used in North America, and a small number of other markets.

The manufacturer says that it can add up to 44 miles of range per hour, has multiple power settings, and a versatile indoor/outdoor design. Additionally, it can power-share to maximize existing electrical capacity, automatically distributing power to charge multiple cars simultaneously (up to four vehicles can share one circuit).

According to TeslaNorth, a similar price increase was applied in Canada, where the price increased to $700 CAD (up $65 CAD or 10%).

We have no idea why. Maybe it was just a test to see the reaction and whether there would be demand? Or maybe there are some constraints that prompted Tesla to remove the product for now, and prioritize the Wall Connector with its own plug? Another idea is that some problem emerged and has to be solved prior market launch (not likely, as it was a pretty simple charging station).

Well, we guess that it might return, but we can bet that the price will be higher than the initial $415.

It will also be interesting to see whether the J1772 Gen 2 Wall Connector ordered by our very own Tom Moloughney will be delivered.