Rivian Automotive (NASDAQ:RIVN) and Lucid Group (NASDAQ:LCID) have taken the market by storm with impressive technology and growth potential. But the two electric vehicle (EV) stocks have a lot of industry watchers raising their eyebrows, as both companies lack meaningful sales but are already worth around the same or more as General Motors.

If you have Rivian and Lucid EV envy, rest assured you are not alone. Ford Motor Company (NYSE:F), Matterport (NASDAQ:MTTR), and Cognex (NASDAQ:CGNX) are three growth stocks that could provide a much-needed cure. Here’s what makes each a great buy now. 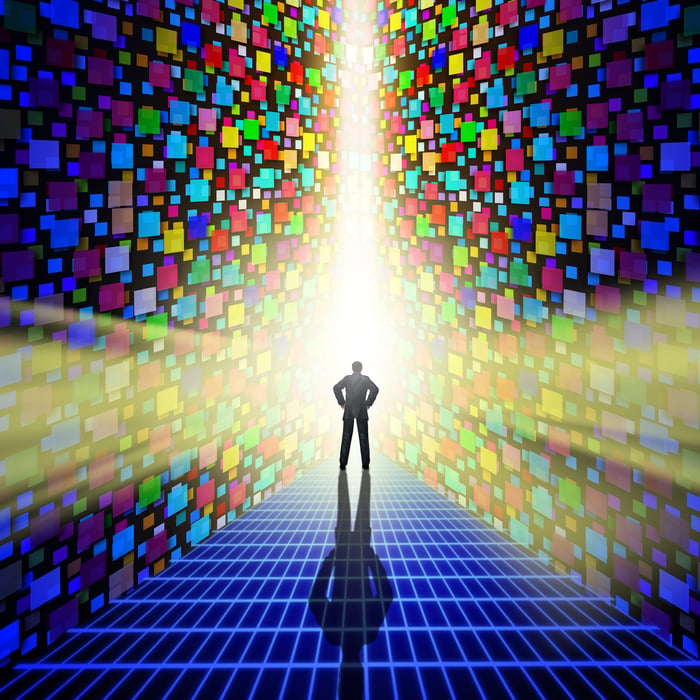 Taking lessons from both the tortoise and the hare

Daniel Foelber (Ford): Since when did Ford become a growth stock? When it started pledging tens of billions of investment dollars toward EVs.

While Rivian and Lucid get a lot of the hype, Ford has been in the weeds — quietly watching its stock price double so far in 2021. New management has made it its mission to show investors the Ford F-150 Lightning and Mustang Mach-E are the real deal. It’s still early on. But so far, that certainly seems to be the case.

Ford’s high spending could impact its profitability for the next few years. There’s also the threat that EV sales could disrupt its product mix and even cannibalize some of its existing internal combustion engine (ICE) sales. However, the long-term investment thesis is clear. Pickup trucks make up roughly 20% of the U.S. new car market. As the industry embraces electrification, an increasing number of pickup trucks are likely to be electric. Ford is making a bet on this trend and looking to retain and even grow its industry-leading pickup truck market share. Through its Mach-E, it’s also making the bet on SUVs, which have been taking market share away from sedans for years.

To cap it all off, Ford announced it is reinstating a $0.10-per-share dividend starting in the fourth quarter of 2021. Annualized, it would provide a respectable 2% yield. For investors looking for a nice blend of growth, value, and income, Ford is a solution worth considering.

Let’s get to the heart of the matter

Scott Levine (Matterport): It’s understandable to find yourself green with envy as Rivian and Lucid shareholders rack up ample gains. Many investors on the sidelines during the rapid rises in EV stocks are looking for comparable growth opportunities. Fortunately for them, there’s Matterport, a business dedicated to digitizing physical spaces. Unlike the simplicity of companies building things that go vroom vroom, Matterport works to create digital replicas of buildings and spaces, or digital twins, for customers found in a variety of industries including hospitality, real estate, retail, and construction to name a few. This diversified customer base, however, may pale in comparison to a recently announced growth opportunity: the metaverse. Yes, Matterport’s name has repeatedly surfaced as one of the businesses ripe for growth in Mark Zuckerberg’s newest endeavor with Meta Platforms.

Founded one decade ago, Matterport has established itself as a leader in a new and burgeoning industry. In the company’s filing announcing its special purpose acquisition company merger, Matterport, which operates in more than 150 countries, proclaims that it has “created the largest spatial data library in the world, with more than 10 billion square feet of space and growing.” And there are still plenty of opportunities left. While the company recently reported 6.2 million spaces under management at the end of the third quarter, it estimates that its market opportunity includes 10 billion spaces — and that’s just in the top 10 markets.

Even without counting Matterport’s opportunity in the metaverse, the company sees significant growth in the coming years. From 2019 to 2025, for example, the company forecasts revenue rising at a compound annual growth rate of 59%; in addition, it expects to achieve greater profitability over the same period, expanding its gross margin from 48% to 73%.

Despite a disappointing 2021, Cognex’s machine vision has a big future

Lee Samaha (Cognex): The machine vision company has three major end markets, namely automotive, logistics, and consumer electronics. The good news from 2021 is that there are signs the company is winning some key strategic battles in automotive and logistics, somewhat at the expense of profit margin. The bad news is that consumer electronics orders have been weak.

The cycle exists, but it’s hard to argue that spending on developing more sophisticated and miniaturized products (needing machine vision to help assemble them) isn’t on a long-term uptrend. So Cognex’s consumer electronics orders will come back.

As for logistics, Cognex continues to grow strongly, but management made a conscious decision to invest in supporting a significant customer deploying its technology. The reason is that management believes the customer will place multiple orders in the future.

It’s no secret that the automotive industry has suffered from supply chain shortages, most notably semiconductors. In addition, there were question marks around capital spending plans as many sought to switch investment to EV and hybrid electric vehicle (HEV) production from internal combustion engines. However, Cognex is having a strong year in automotive, demonstrating its relevance to EV and HEV production. That augurs well for the future.

As such, Cognex has strong growth prospects even if it’s suffering from supply chain issues right now and weak near-term orders in consumer electronics. Thus, its growth story is very much intact.


Read More:Rivian and Lucid EV Envy? These 3 Growth Stocks Are the Cure | The Motley Fool