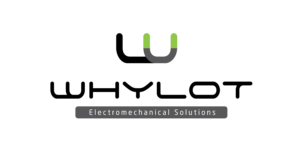 Renault has taken a 21 per cent stake in French electric motor specialist Whylot. The participation does not come without prior notice: A joint project has already been running since the summer.

In June, as part of its eMobility strategy, the French car company had announced that it would develop an axial flow motor together with Whylot. At the time, it was said that these motors would initially be installed in hybrid and plug-in hybrid vehicles, but later also in battery-electric models.

Now comes a financial investment in the form of a minority stake. How much the carmaker is investing in the start-up, which is based in the Lot region, is not mentioned in the announcement. It only says that the investment will enable Renault and Whylot to ” position themselves as leaders in the development and industrialisation of innovative and affordable electric motors in the coming years and support the very strong growth of the electrified vehicle market in France and Europe”.

Specifically, Renault Group aims to be the first major carmaker to mass-produce an axial-flow electric motor from 2025. “For hybrid powertrains in particular”, this should reduce costs by an unspecified amount. For passenger cars in the B or C segment, the higher efficiency of the motor should also reduce CO2 emissions by up to 2.5 grams per kilometre according to WLTP. The possible later use in BEVs is no longer mentioned.

“This partnership, coupled with an equity investment in the company, is a further demonstration of our commitment to our French roots and to the Renault Group’s industrial anchorage in France, with the aim of producing popular, affordable and profitable electric and electrified cars,” says Philippe Brunet, Director of Powertrain and Electric Vehicles at Renault.

Axial-flow engines are still rare in the car industry; so far, only Ferrari has used one in its SF90 Stradale hybrid hypercar. But Daimler is also working on such electric motors or has bought in the know-how: In July, the Stuttgart-based company took over the British electric motor specialist Yasa in order to secure “access to unique technology in the field of axial flux motors and expertise for the development of ultra-high-performance axial flux motors”. These drives are to be built at the Berlin-Marienfelde plant in future – but it is not yet known when they will be used in which models.

So far, so-called radial flux motors have been in common use. The difference lies in the positioning of the stator coils: in radial flux motors, the coils run parallel to the axis of rotation of the motor, i.e. they are arranged side by side along the radius – the magnetic field that ultimately provides the rotary motion of the rotor thus flows radially. In axial flux motors, the coils are rotated 90 degrees, which means that the magnetic field moves along the axis. On the one hand, this allows for a more disc-shaped design (which is ideal for integrating such a motor between the combustion engine and the transmission), and on the other hand, they are supposed to have a higher torque.