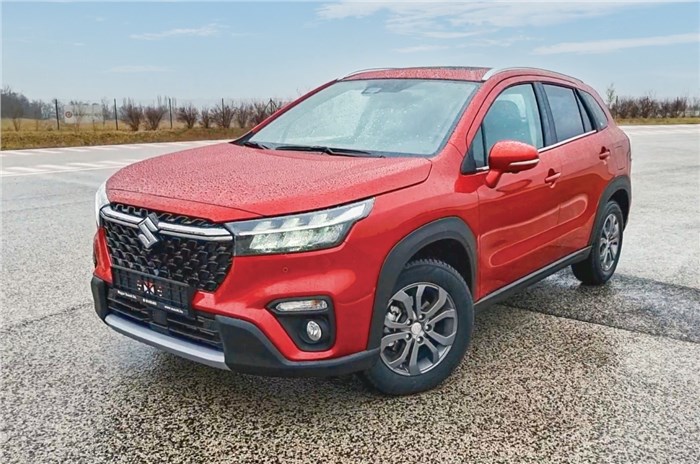 Maruti’s sales and marketing head Shashank Srivastava says the company will wait for battery costs to come down and then launch an EV in India by 2025.

Electric vehicle sales have picked up in recent times. In addition to the central government, most state governments are also offering subsidies on EVs and an increasing number of automakers are planning electric models. However, Maruti Suzuki has remained apprehensive about the current business case for EVs.

“We can’t completely depend on government subsidies. The moment that subsidy moves out, EVs become expensive. We need to reduce the cost of acquisition by reducing the battery cost,” Shashank Srivastava, executive director, Sales and Marketing, Maruti Suzuki India, told our sister publication Campaign India. However, he added, “We have announced that Maruti Suzuki will bring out an electric car before 2025.”

“Due to rising fuel prices and environmental concerns, there seems to be a consensus that going forward, electric or environment-conscious vehicles will become the norm and ICE (internal combustion engine) will take a back seat,” mentioned Srivastava.

He continued, “What is not a consensus, however, is when this point of inflexion will happen. There’s a belief that even by 2030, India will have only around 8-10 percent of EVs. The reason is that battery cost hasn’t come down as quickly as expected earlier. So, the cost of acquisition remains a barrier.”

It is hard to ignore the contribution of subsidies to the current rise in EV sales. As such, there are concerns over how long the incentives can be sustained and what would happen to sales in its absence. For instance, even markets like China have witnessed a drop in EV demand on the back of a possible withdrawal of subsidies.

Recently, the Delhi government ended subsidies for electric cars, though concessions are still in place for two-wheelers. It will be interesting to see the effect on electric four-wheeler sales in the national capital in the coming days. A reduction in battery prices, then, seems to be the only viable solution for encouraging large-scale EV adoption.

“Consumers have range anxiety. That’s partly related to the number of charging stations. Destination charging [like at a mall, for example] infrastructure is still not there.”

Recently, Tata Power announced that it has already installed 1,000 EV charging points across the country and plans to expand further. On similar lines, oil majors Indian Oil and Bharat Petroleum have promised 17,000 charging points in the next few years. Still, the nationwide charging network remains sparse for now and many in the industry have expressed doubts about its adequacy, even moving forward.

Speaking about the way forward, Maruti’s sales and marketing head said, “The route to electric cars is through electrification. This means we’ll probably see more hybrid cars coming in before pure EVs.” Maruti Suzuki already employs a mild-hybrid system in many of its models like the Ciaz, Ertiga, XL6, Vitara Brezza and the S-Cross. The company is expected to bring in stronger hybrids, aided by its alliance with Toyota.

“There could also be a different fuel mix that could be [more] environmentally friendly,” stated Srivastava. The company remains confident in the potential of CNG, which is expected to debut in more Maruti models soon. The automaker is also working on flex-fuel engines, which could become mandatory in the future, as per the government’s recent claims.

“If we want to make a difference to the environment, we need to do something for these [ICE] cars [which are in majority]. That means, we need to make more fuel-efficient cars and bring emissions down,” he added. On those lines, Maruti Suzuki recently launched the second-gen Celerio which is the most fuel-efficient petrol vehicle in the country, owing to its K10C engine that is also set to debut across more models from the company in the coming months.

Why Maruti is betting on hybrids, CNG instead of EVs

Read More:Maruti Suzuki to not rely on subsidies, but on battery price reduction for EV launch by