Range is all the rage when it comes to electric cars and today’s EVs don’t disappoint. There are numerous choices out there with ample range and this all-important metric continues to rise over time.

Disclaimer: the metrics used for this list are from the EPA’s official tests. Due to the variability in electric vehicle range figures, intermingling EPA and third-party tests would convolute this list. Some vehicles, especially the Porsche Taycan, can achieve far better range figures in certain real-world tests. However, there is not enough data for every electric vehicle to create this list.

Moreover, certain manufacturers provide very little information regarding the delivery dates. So, this list will separate the longest range EVs currently available, and the ones that should deliver by the end of the year. Interestingly enough, only one of the presently available EVs breaches the $61,000 mark, which is a massive discrepancy from that of EVs available last year. But, for the EVs arriving later this year, expect to spend much more money. Keeping this is mind, meet the longest range electric cars available this year: 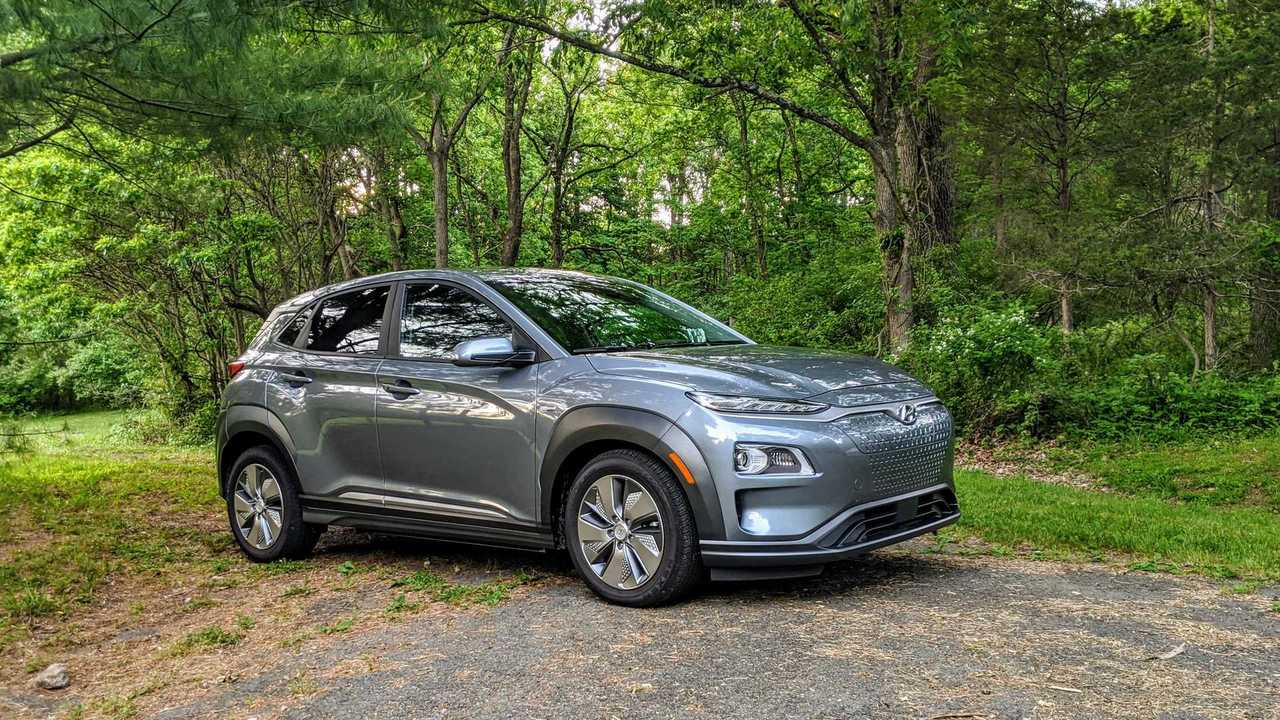 The 2021 Hyundai Kona Electric is a ‘subcompact sport-utility vehicle’ that’s just two inches longer than a regular Chevrolet Bolt. While its classification is up for debate, its range isn’t. The Kona EV can achieve an impressive 258 miles on the EPA cycle, and unlike the Bolt, it has a 75kW onboard charger, which is better, but still not as impressive as the ID.4’s 125kW or the Mach-e’s 150.

Note: the 2022 model features the same specs and a refreshed design, but its delivery time has been delayed. 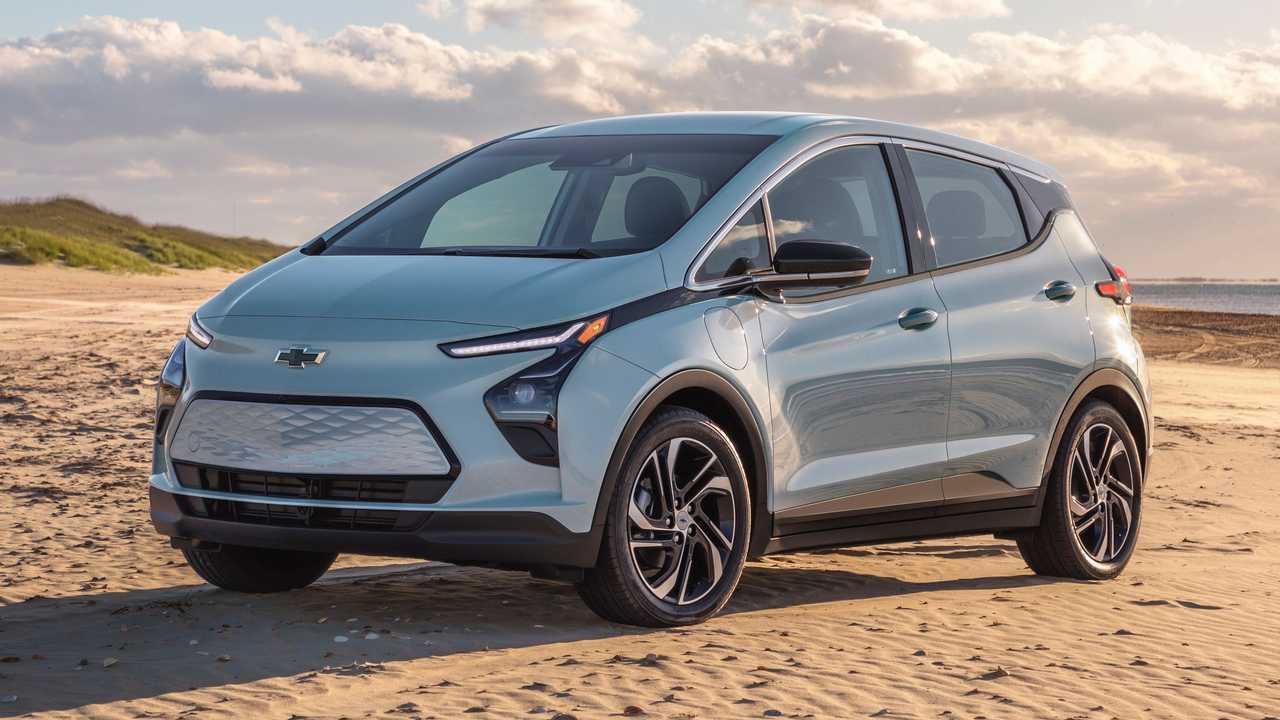 The 2017 Chevrolet Bolt EV was one of the first truly affordable long-range EVs with a range of 238 miles. Now for the 2022 Model, the Bolt EV is better than ever with a $5,500 less starting price, 259 miles of range, and arguably the most vital, a completely redesigned interior and exterior.

Some of the highest areas of critique with the original Bolt were its unfitting interior and generic exterior styling. Despite all the progress, the two areas some find issues in are its 50kW onboard charger and its FWD powertrain, but for $31,000, it’s unbeatable in terms of range, and if another tax credit passes, Chevrolet could dominate the affordable EV sector. Check out 2022 Chevrolet Bolt EV pricing from TrueCar. 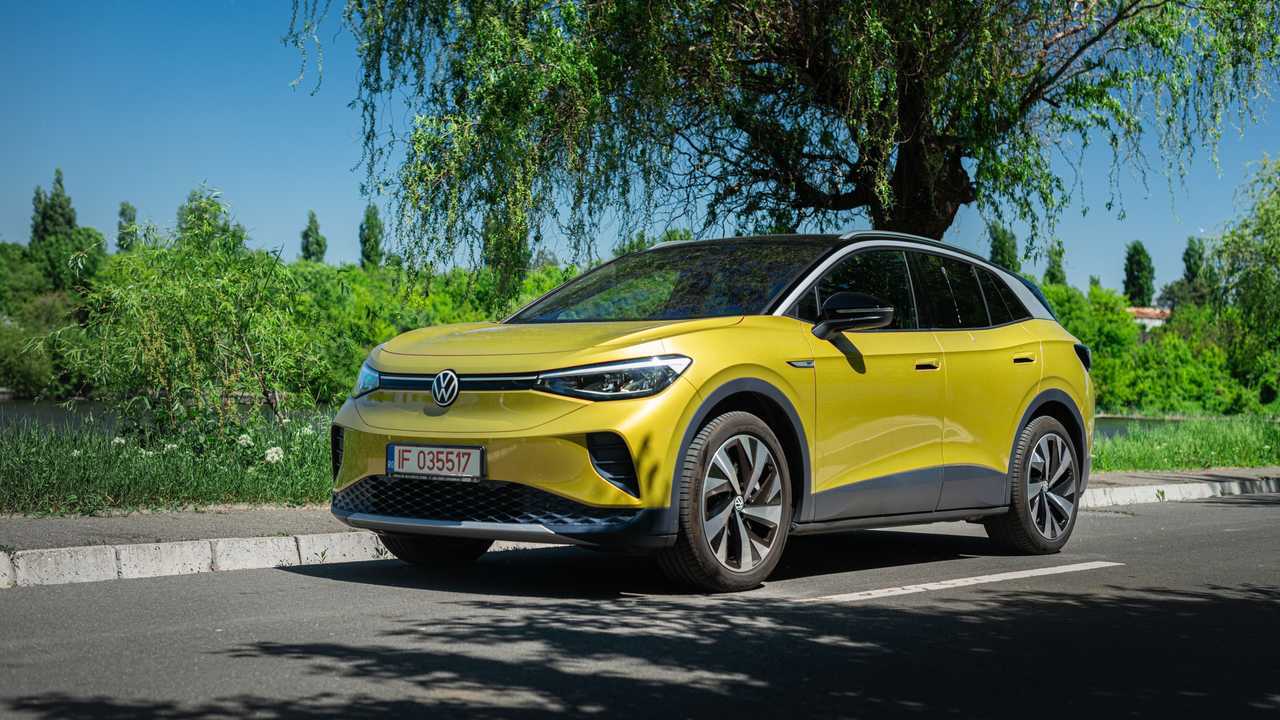 Volkswagen’s first e-SUV has proven itself as a great affordable option in the electric crossover sector. While it isn’t as quick as the Mach-e and Model Y, it is a very practical family crossover with a comfortable cabin and great storage. The Pro has a 260-mile range, a 125kW on-board charger, and three years of free DC fast charging via Electrify America, a Volkswagen Group of America subsidiary. 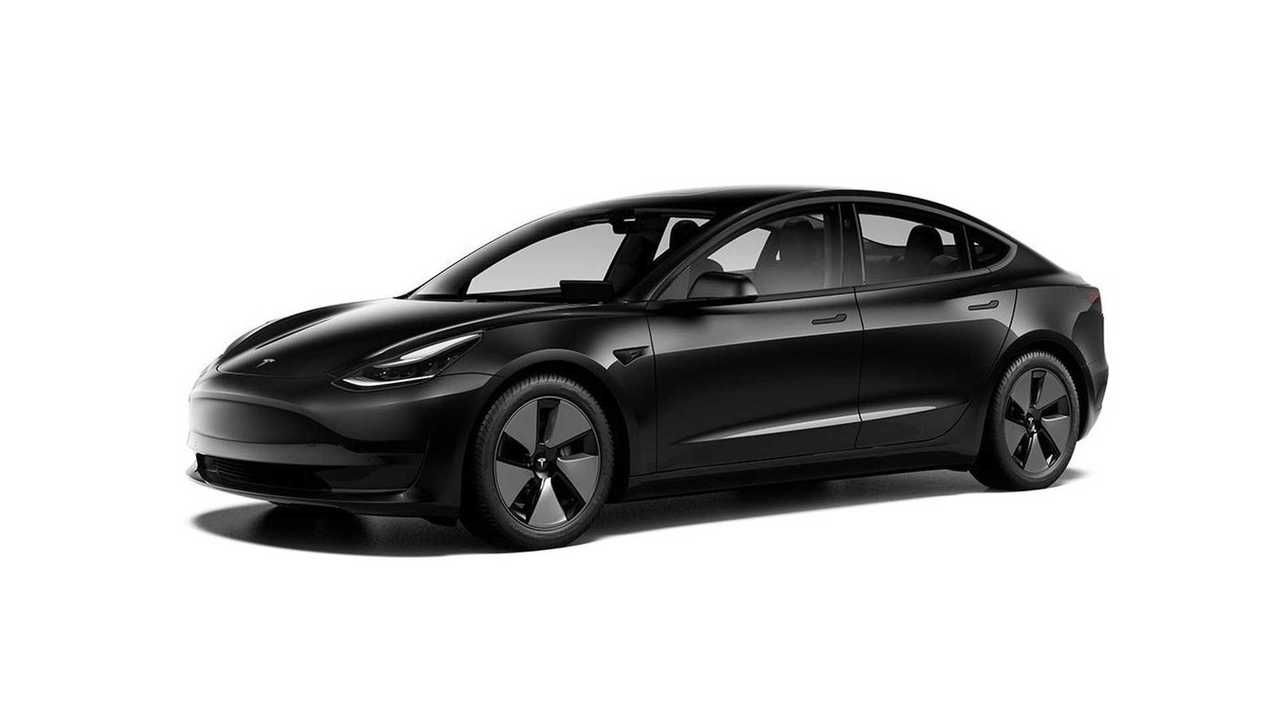 If you’re looking for a sub-$40,000 electric sport sedan with access to Tesla’s Supercharging network, the Model 3 Standard Plus is the car to get. 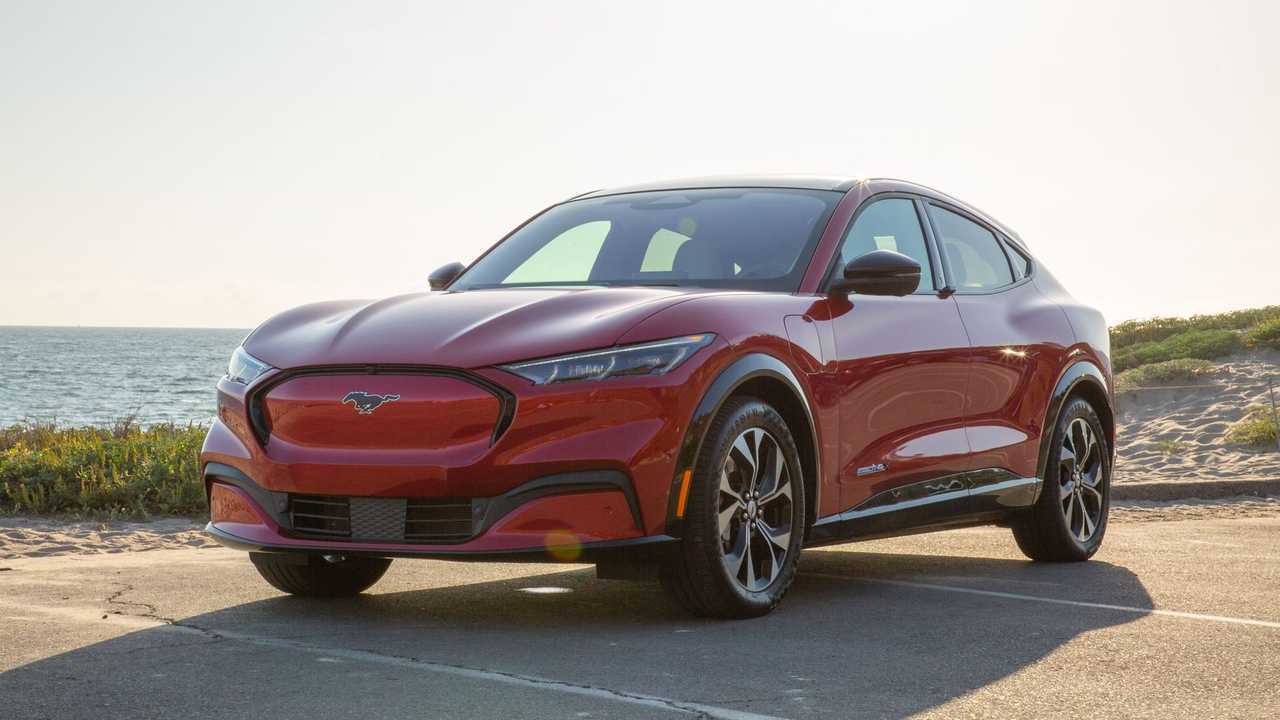 Despite much controversy from enthusiasts who presumably aren’t even looking to buy a crossover, the Ford Mustang Mach-e proves itself as one of the best new electric crossovers. Unlike other Ford models, the Mach-e has a near-completely bespoke interior, making it feel much more different than your typical Ford.

Unlike its ICE coupe counterpart, the Mach-e Extended Range AWD actually delivers pretty good range for a 4,920-pound crossover. It can go 270 miles in EPA tests, which puts it above the e-tron, i-Pace, and the XC40 Recharge. Check out 2021 Ford Mustang Mach-E Extended Range AWD pricing from TrueCar. 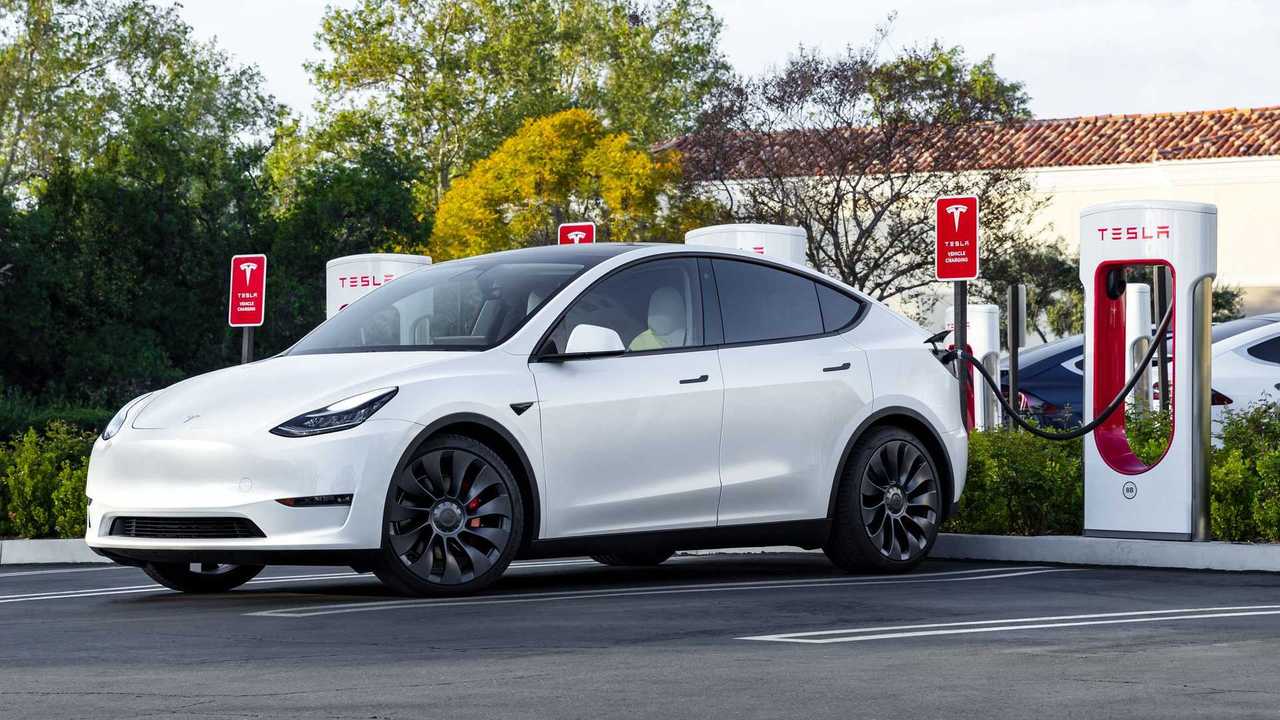 The first vehicle to top 300 miles on this list is the Model Y Performance, a paradigm for balancing quick acceleration with impressive range. The Model Y Performance is the quickest crossover on this list with a zero to sixty time of 3.5 seconds and yet it can achieve 303 miles on a charge. Like every other Tesla, you’d get access to the Supercharging network, which would make charging on road trips more manageable and quicker than utilizing other networks. 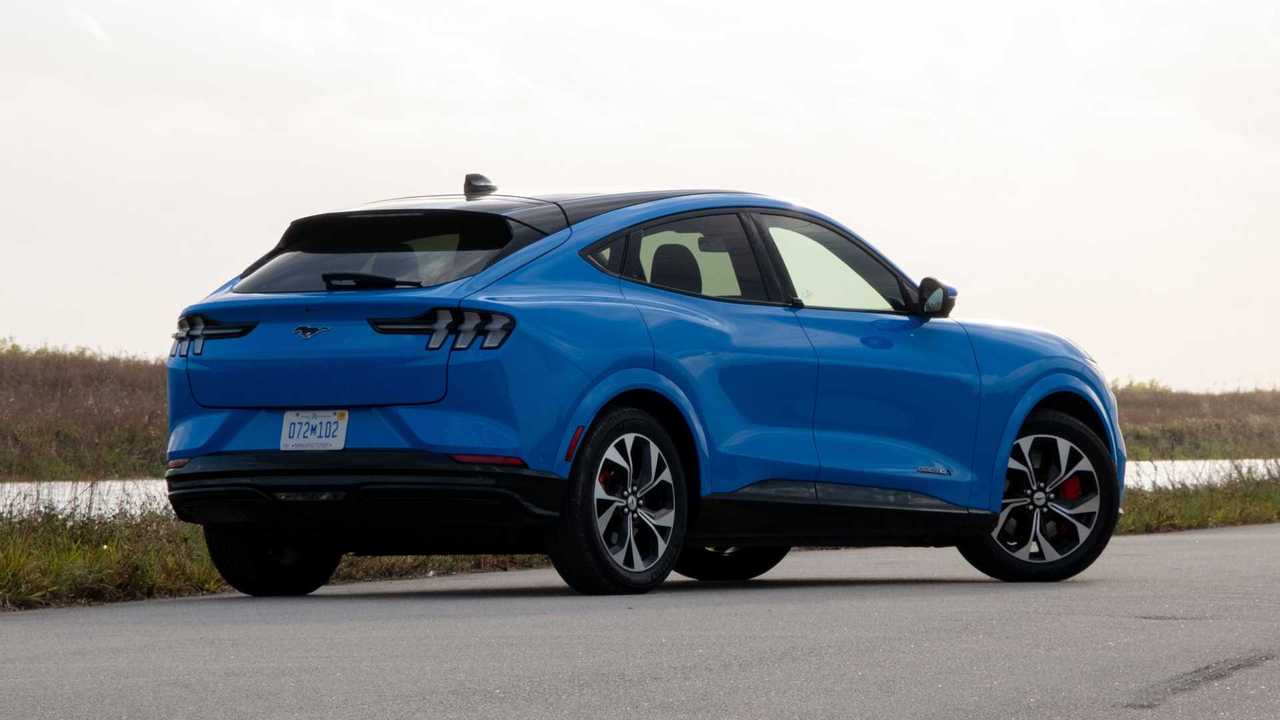 The Mach-e Extended Range RWD is the electric pony to buy if you want the most range. The Mach-e California Route 1 and the Premium Extended Range RWD feature the same technological underpinnings and 305 miles of range, but there are a few differences. The Route 1 costs $2,200 less, but it lacks some features present in the Premium like the B&O 10 audio system, power-operated tailgate, and heated front seats. Regardless, both are great packages, but some of the Premium features may tempt prospective buyers. Check out 2021 Ford Mach-e California Route 1 / Extended RWD pricing from TrueCar. 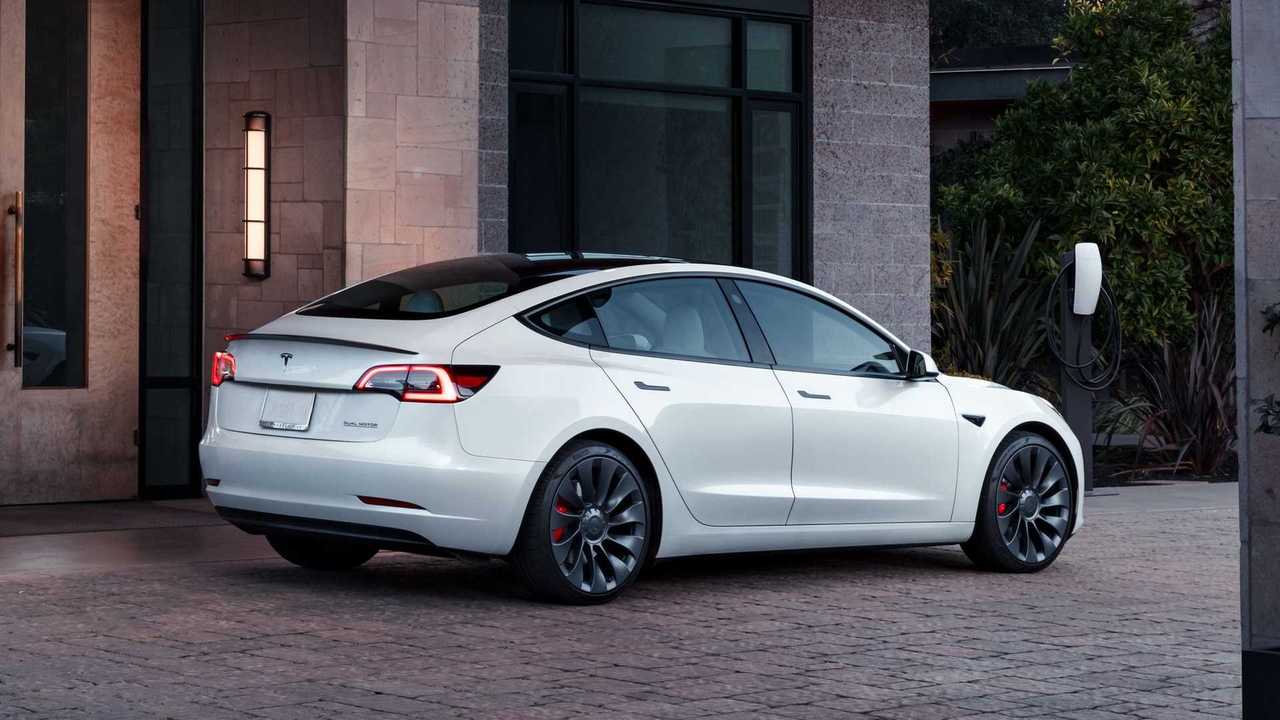 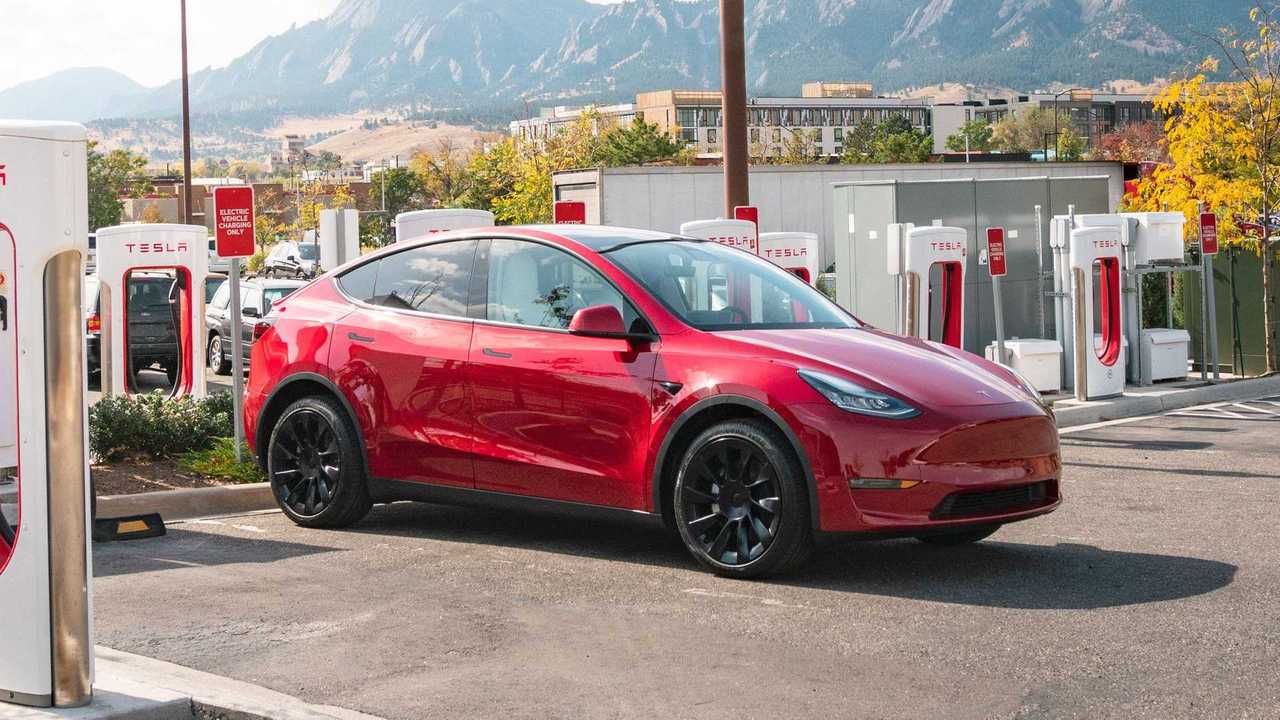 After its fulfilling deliveries in March 2020, the Model Y quickly dominated the electric crossover market. In early 2021, a less expensive Standard Range variant was released, but it only lasted for a few months. Now, the cheapest Model Y costs $52,490 (as of mid-June), but it can go 326 miles on a single charge and zero to sixty in just 4.8 seconds. Unlike the ID.4 and Mach-e, the Model Y has optional back seats, but they are only for very small kids, and the option costs $3,000. 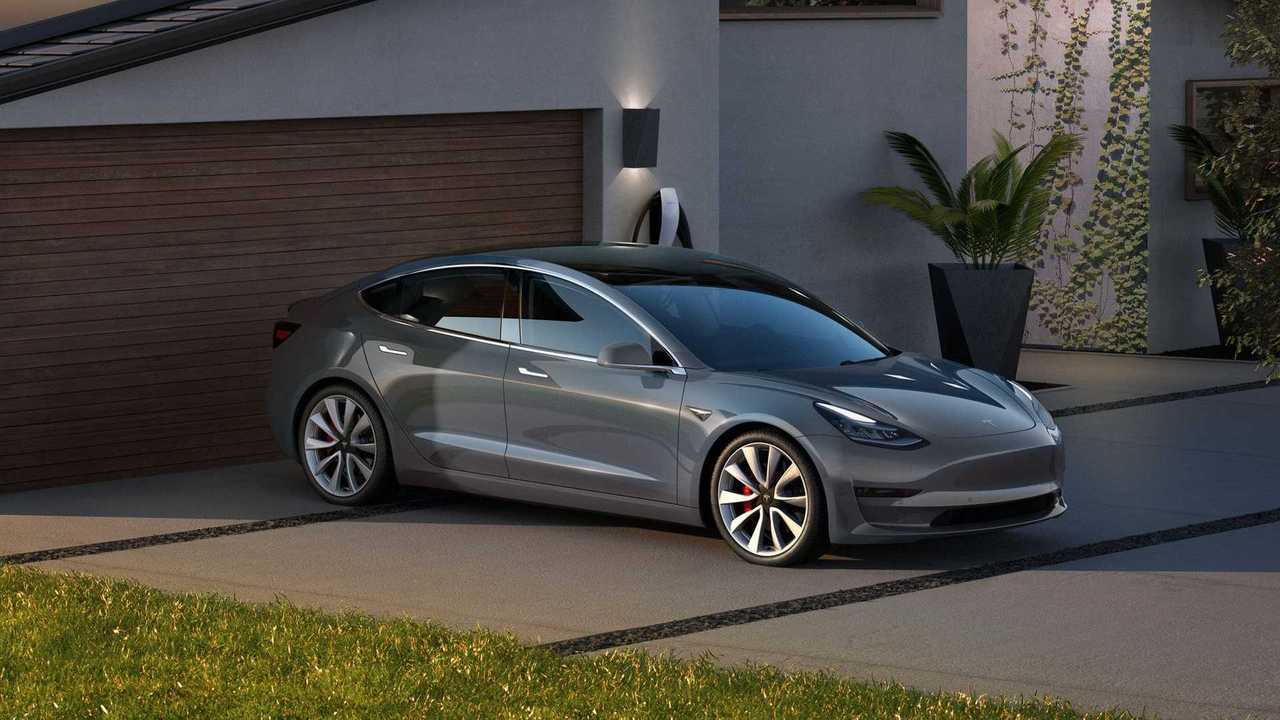 Quickly approaching its fourth year in production (third for Dual Motor), the Tesla Model 3 continues to pack a massive punch in the range department, all for a reasonable price. The 2021 Tesla Model 3 Long Range AWD costs less than $50,000 and can provide 353 miles of range, which massively outnumbers its rivals like the Polestar 2. 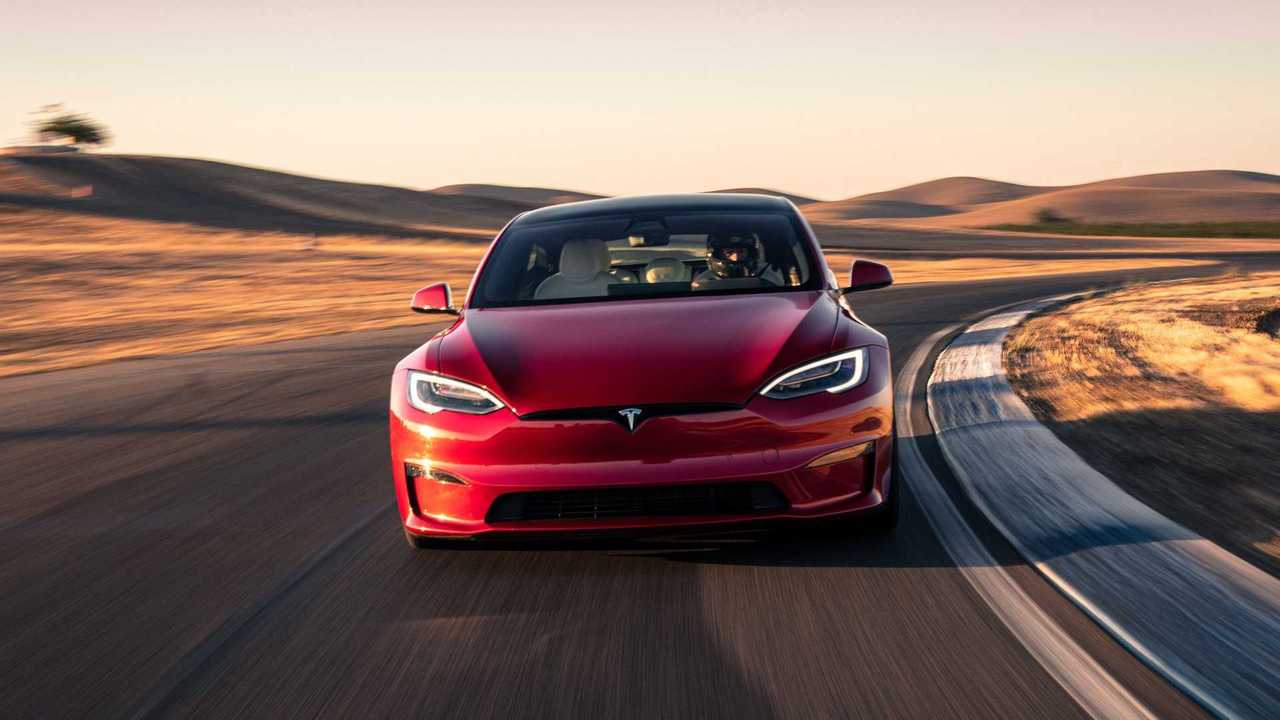 With 1,020 horsepower, a zero to sixty time of 1.99 seconds (subtracting the one-foot rollout), and 390 miles of range, the Model S Plaid is possibly the most exciting EV released yet. In typical ‘Elon Standard Time,’ the first models delivered several months off schedule, but the car was well worth the wait to most. With 390 miles of range and access to Tesla’s Superchargers, the Model S Plaid will certainly not disappoint in the range domain.

Not yet on the market, but presumably set to arrive relatively soon, here are the upcoming late 2021 range leaders. 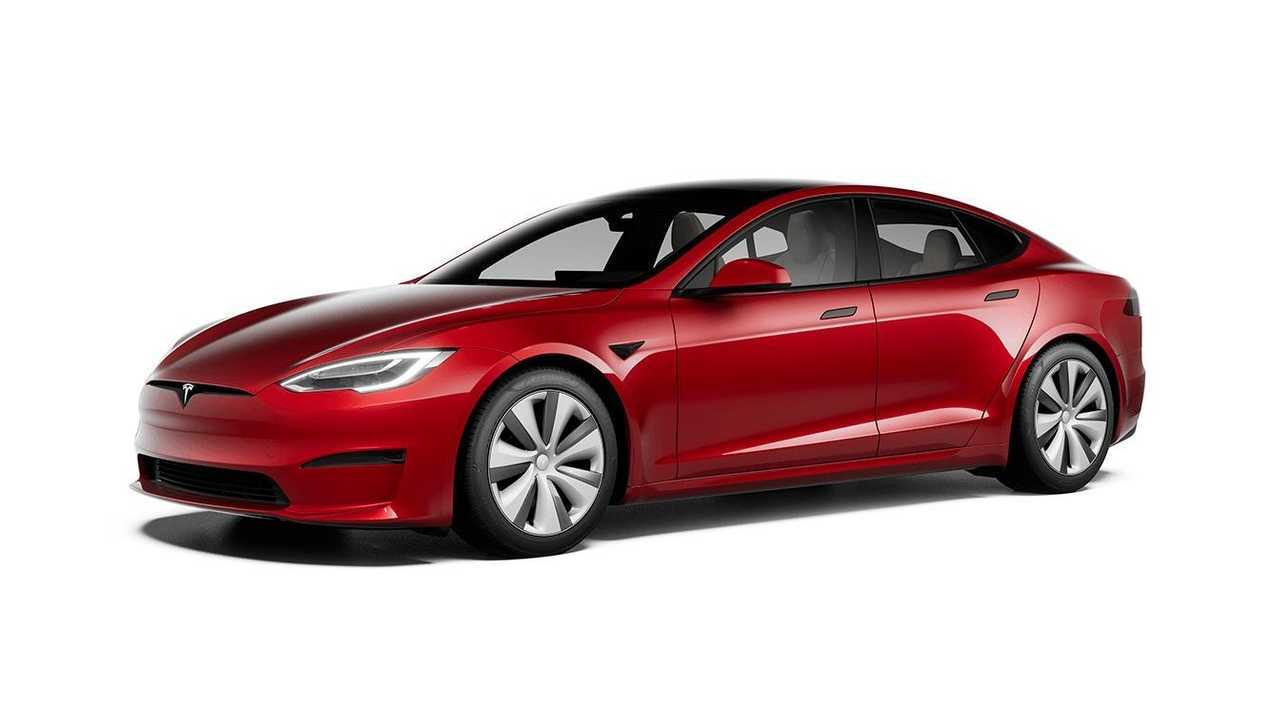 If you don’t think you need to accelerate to sixty in 1.99 seconds, want to save $50,000, and go a little further per charge, well, Tesla has a car for you. The new ‘base’ Model S can achieve 405 miles per charge and run a still rapid 0-60 time of just 3.1 seconds. The Model S LR is set to deliver in around September or October 2021. Note: the new dark gray wheel color is not pictured. 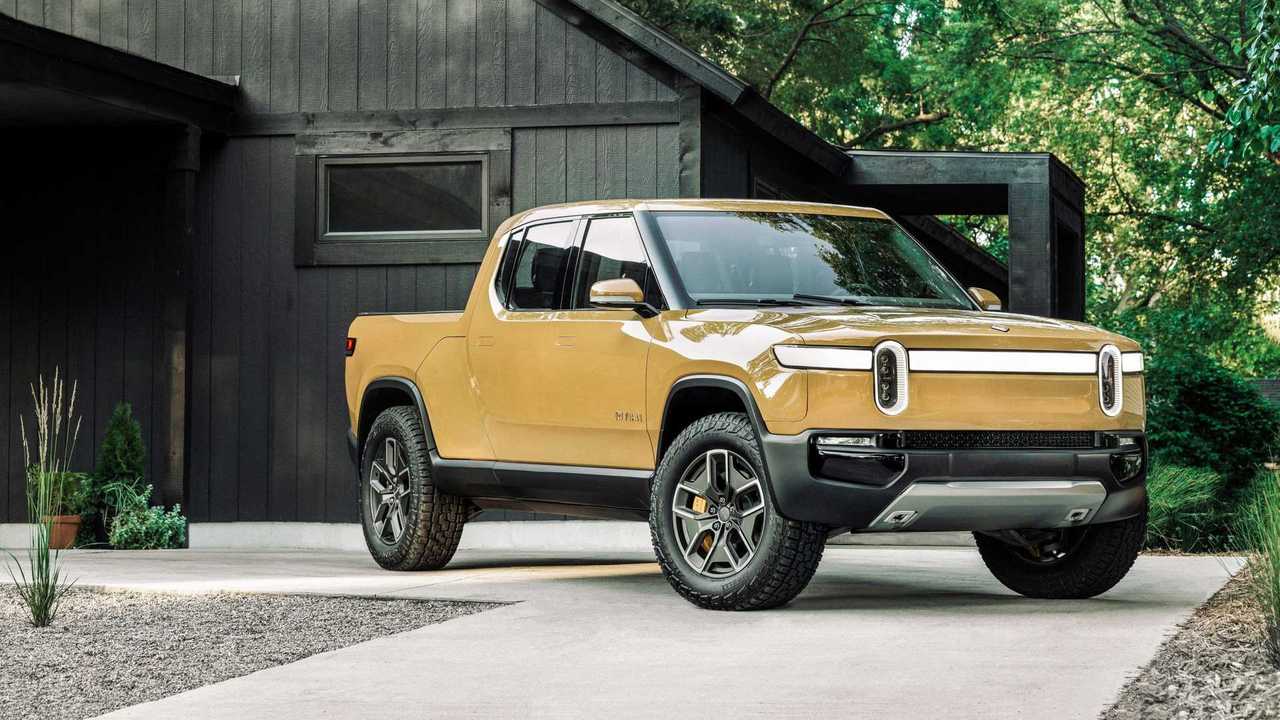 Like Tesla and Lucid, Rivian has had a few delays in the release of its products. But, once the R1T delivers, it should be the first AWD electric pickup to reach the market. With a zero to sixty time of just 3 seconds, 14 inches of ground clearance, and a 3-foot wading depth, the R1T should be just as capable off-road as on the road. Plus, the truck has a 400+ mile range, according to Rivian. Launch Edition deliveries should begin in the coming months, but it’ll have the 300+ mile range. 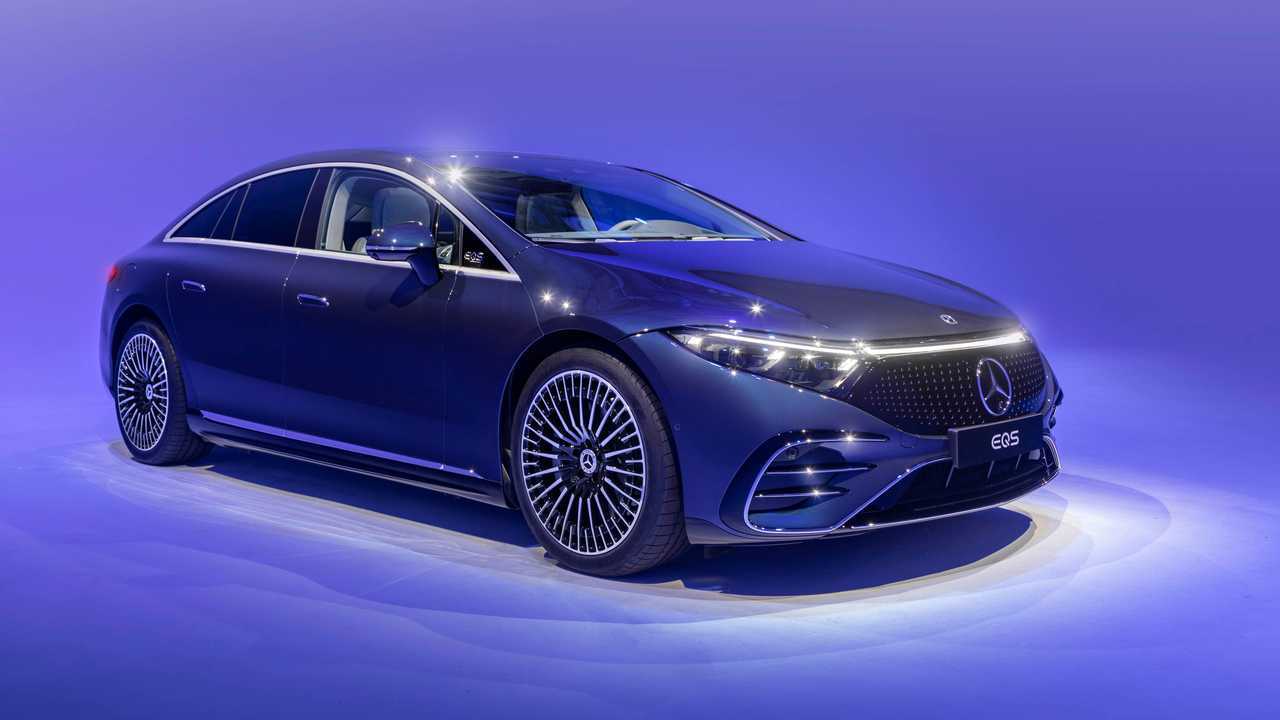 Tesla and Lucid are almost always the only two brands people hear about when discussing luxury electric sedans; Mercedes is planning on changing that. The EQS is an ultra-aerodynamic sedan that looks like a modernized version of the S Class. Unlike the S Class, the EQS has a shorter hood, and its rear C-pillar extends not only to improve aerodynamics but also to allow for more headroom and cargo space. The most impressive feature of the EQS is its 400+ mile range, which could very well happen due to its large pack paired with a .20Cd drag coefficient. Mercedes says it’ll debut at dealerships in late 2021. 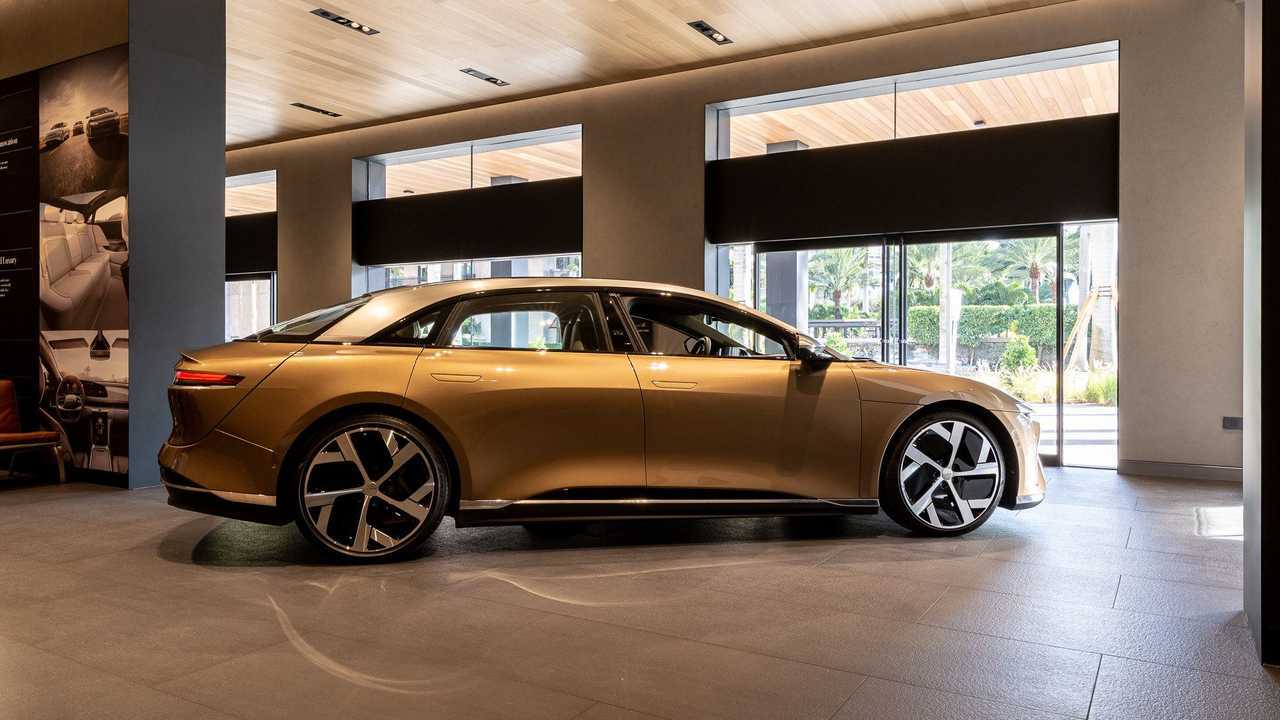 The Lucid Air, initially set to release in Q1 of 2021, has been delayed until the second half of 2021. The Dream Edition is the first variant of the Air set to release, and it will also be the most powerful. With a 1080 horsepower…