According to Adamas Intelligence, in September 2021, about 31.7 GWh of battery capacity was deployed onto roads globally in all newly sold passenger xEVs.

Battery capacity deployment increases quicker than xEV sales, because besides the increase in the number of battery packs, also the average battery capacity continues to increase.

According to the report, CATL is the biggest player in the battery industry with a 35% share in September. 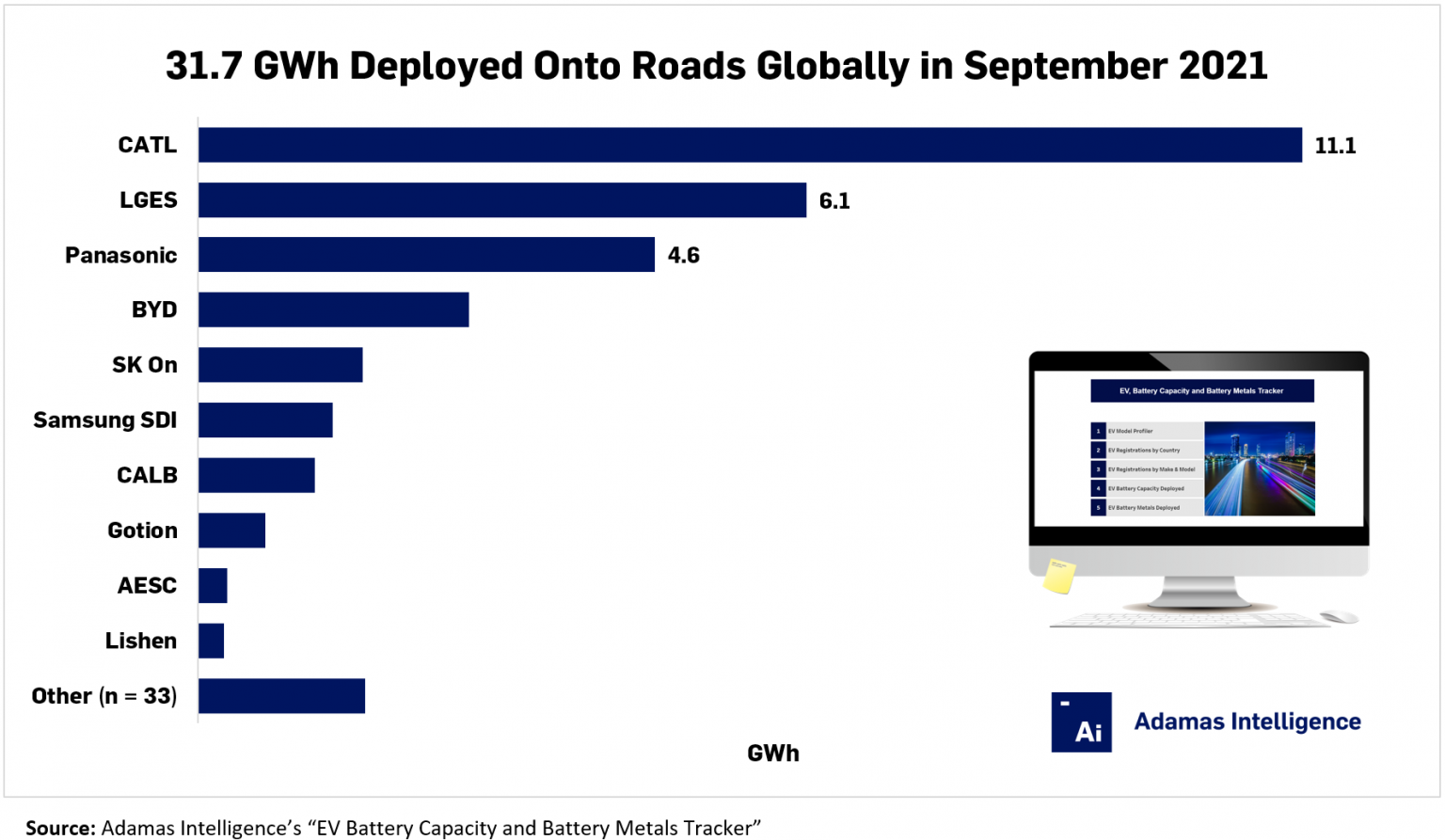 It’s also interesting that due to the high-volume of Made-in-China (MIC) Tesla Model 3/Model Y, about 37% (4.1 GWh) of CATL batteries and about 25% (1.5 GWh) of LG Energy Solution batteries were for Tesla cars.

It also reveals that the LFP-powered Tesla cars are some three times more popular. The ratio is 2.7 CATL’s LFP to 1 LG NCM, but since the LFP battery capacity is usually lower, the number of LFP-powered cars is higher (beyond 3:1, we guess).

It seems that both CATL and LG are on a similar path as Panasonic was previosuly, which is heavily reliant on Tesla (Tesla was responsible for nearly 90% of Panasonic’s total passenger xEV battery capacity deployment in 2020).

It’s estimated that during the third quarter of 2021, some 75.2 GWh was deployed in xEV passenger cars globally.

Since Q4 is usually the strongest quarter for xEV sales, it could translate to the very first 100 GWh result in a quarter. It’s expected that this year we will see some 260-300 GWh of batteries deployed in passenger xEVs.

“That said, the fourth quarter is historically the strongest period of the year and, with a surge of momentum coming out of Q3, Adamas expects global deployment to exceed 100 GWh in Q4 2021 for the first time ever, pushing the annual total close to 300 GWh, more than double that of the 2020 calendar year.”

CATL, LG Energy Solution and Panasonic were the biggest manufacturer in the first three quarters: 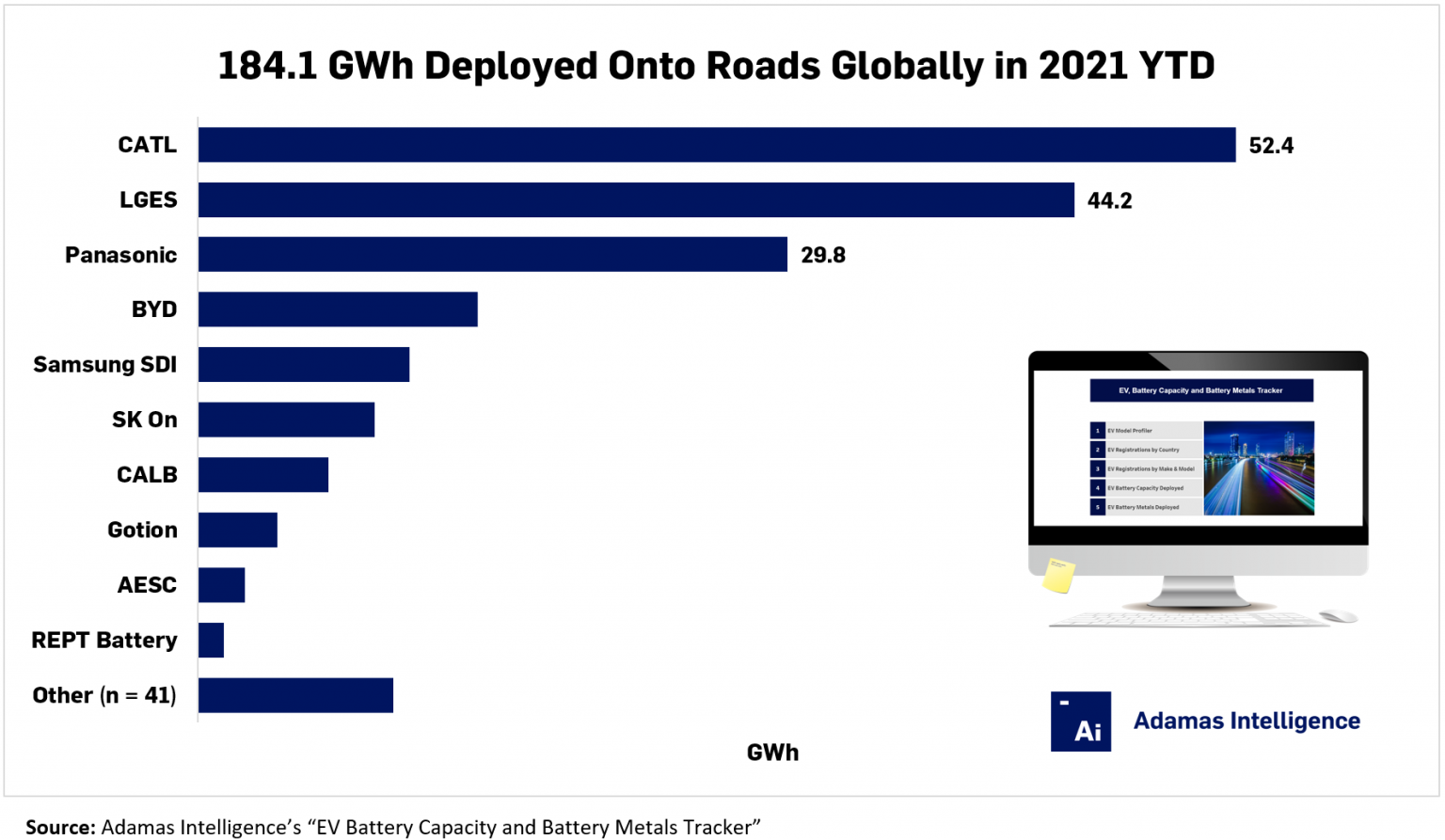