Nothing about the feeling of driving a Lamborghini is accidental. According to Maurizio Reggiani, the marque’s chief technical officer, the sensation springs directly from the noise of those 12 screaming cylinders. That high-pitched roar triggers excitement, a key component in a precisely calibrated chain of events that takes your ears, the car, then your stomach from zero to 60 in a little over two seconds.

“When you are in a super-sports car, the sound becomes part of your emotions,” says Reggiani. “It becomes part of your perception of speed. If you hit the gas, you expect to hear a tremendous sound that tells you you are accelerating really fast. In an airplane, when you hear the engines run, you think, ‘OK, my God, now we’re starting,’ and after that you start to feel the acceleration. This is exactly the conjunction between what you hear, what you anticipate your body will soon perceive and then what you actually experience.”

The sound of luxury has moved from abstract concept into strategically manufactured reality over recent years, as more and more brands at the highest end of various industries, from Champagne to haute horology, attempt to use our aural cavities to seduce us into a subconscious sensory relationship. Why? Because emotional connections are deeper and harder to break than logical ones. But what makes sound emotional? Is a feeling real when it’s been engineered by a scientist or implanted by a marketing consultant? And what form will sensory branding take in an increasingly digital world? 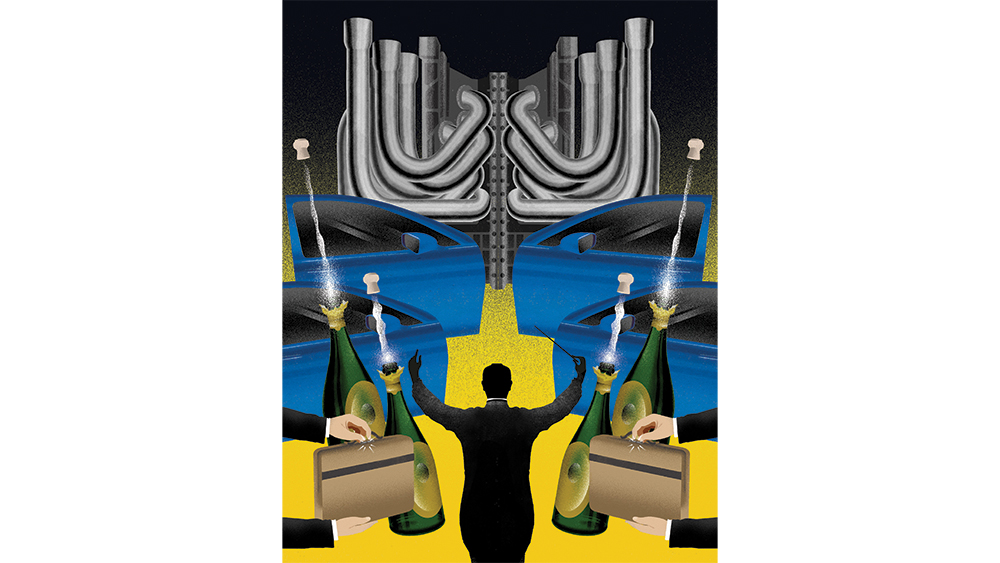 The sound of luxury has moved from abstract concept into strategically manufactured reality over recent years.

Daniel Jackson has been pondering these questions for longer than most. Indeed, it’s a factor of sensory branding (the field extends to scent, taste and tactility) that the majority of us will not consciously perceive its existence because it is subrational. Jackson, who started his agency, Sonicbrand, in 1999, works with clients including Prada, Salvatore Ferragamo, YSL and BMW, as well as mass-market companies for whom he builds “logos in sound.” Aural branding hit “the mass adoption phase” about two years ago, he says, citing an Ipsos report that found that audio cues are significantly more effective at capturing consumer attention than visual logos or slogans. These mnemonics, such as the McDonald’s “I’m lovin’ it” ditty or the Netflix two-stroke drum beat, are now a mass-market must-have.

The approach is completely different at the luxury level, says Jackson, where the practice is not about advertising campaigns but making the sound of the product and the store environment as alluring as possible. A few years ago, Harrods, London’s iconic emporium, commissioned another sonic-branding consultancy, the Sound Agency, to do an aural overhaul. At the time, “every department was playing unrelated audio,” says Fran Board, the agency’s creative director. “There were clashes…. It was not communicating Harrods’ brand and quality.”

The agency installed a series of sound-scapes, “ambient background sounds” that, Board says, do not “distract you in the way that music might.” In the glassware department, the agency recorded the melodic tones made by the various vases and decanters themselves and used them to create a soundtrack. Now customers peruse sets of crystal tumblers while listening to “the manipulated sounds of glass,” says Board.

She describes soundscapes as “aural wallpaper”—pleasant but barely discernable. For luxury brands, the aim is the imperceptible seduction of the customer; the incentivization of purchase via the subconscious. “Soundscapes make people feel happier, calmer and more relaxed,” she says. “People enjoy their experience and are more likely to come back. Chances are that will have an impact on the bottom line.”

The sounds of products themselves also induce emotions that are often a learned association with the perceived quality of the item. Think of the feeling of anticipation triggered by the pop of a Champagne cork. (And while on the subject, the sound of Champagne being masterfully opened should not be an “obnoxious” pop, says Andy Myers, a master sommelier who works with famed restaurateur José Andrés, but a pffft, an exhalation “as quiet as a lover’s sigh.”) 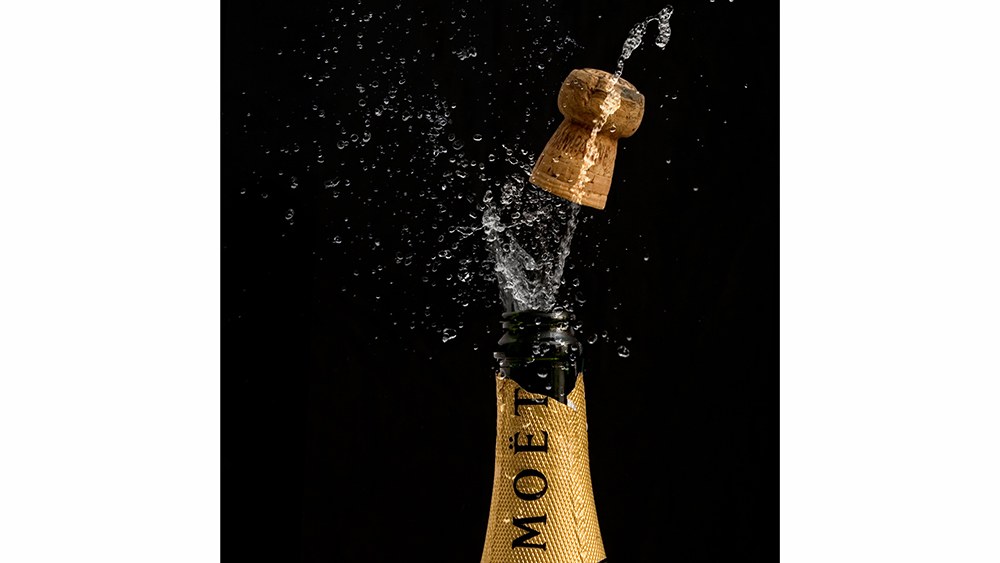 A cork “pops” from a bottle Moët Champagne.

An air hiss is also used by Apple in its packaging to create a sense of drama, says Jackson. “When you open the box for the first time, the way the air sucks out of it has been designed to sound like that,” he says. “It sounds very well engineered.”

We are often happy to pay more for a product we believe has been precisely crafted, and companies will go to great lengths to reinforce this impression audibly. Jackson recalls advising a luxury-car manufacturer to add extra motors to its electric windows, after customers complained they didn’t like the existing uneven tone. In terms of performance, the motor was perfectly adequate for smoothly raising and lowering the windows, he says, but uniformity of sound enhances our perception of quality. According to Jackson, the premium that customers will pay for a product that sounds really well made more than compensated for the cost of the superfluous motors.

“The pop of a cork—you weren’t born thinking that was a great sound. It wouldn’t give newborn babies an emotional high, but it does for many adults, as it leads to expectations.”

The windows are a perfect example of how sensory branding penetrates our belief system at an unconscious level. If you merely tell people that extra-special engineering has gone into a product, their rational brains may doubt your veracity. If you make them hear it and feel it, they are much more likely to trust the “evidence” of their senses.

Our responses to sound are part primal, part learned, says Charles Spence, professor of experimental psychology at the University of Oxford. “There will be a more innate response to certain sound qualities, and then there is an acquired response to the sounds that we learn come to signify something,” he explains. “The pop of a cork—you weren’t born thinking that was a great sound. It wouldn’t give newborn babies an emotional high, but it does for many adults, as it leads to expectations.”

When developing the clasps for her men’s bags, Melissa Morris, founder and designer of Métier, a boutique leather-goods brand, says she deliberately aimed to evoke an “acquired” sound, that of “a vintage Porsche 911 door closing. It just has this perfect ‘clunk’ to it, and so I was trying to mimic that.” Morris spent three years prior to the launch of Métier in 2017 capturing this sound on the metal hardware that secures a small pouch for essentials inside all Métier travel bags. “I re-engineered the springs so it really feels satisfying when it closes,” she says. The result is a blend of sound and tactility that “feels solid and secure and expensive… it just has weight and unctuousness to it.” 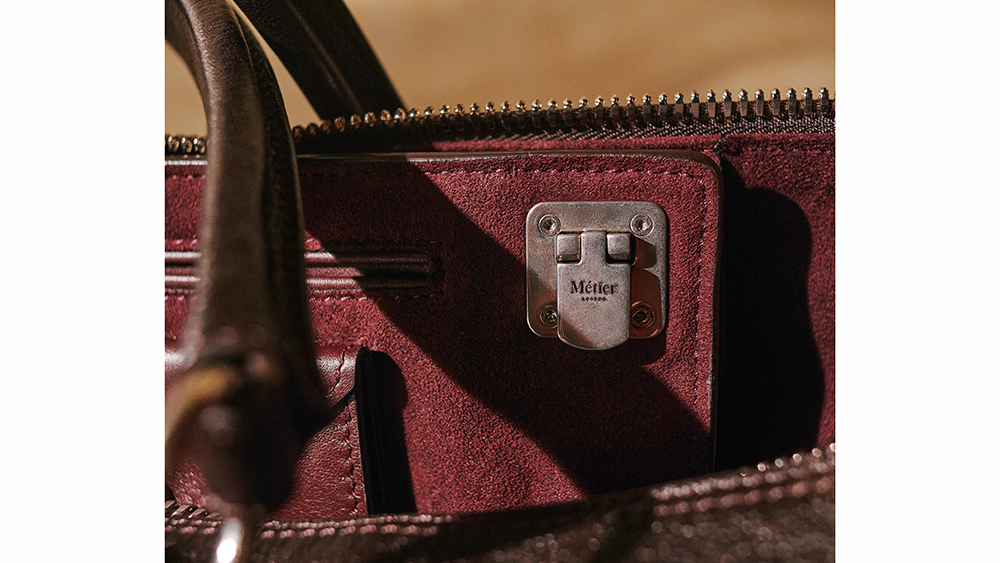 Métier designer Melissa Morris spent three years perfecting the click of her bags’ clasps, such as this one in the Vagabond Duffle with the Runaway Portfolio.

In other industries, imitation does not equal flattery. Laurent Perves, Vacheron Constantin’s chief marketing officer, condemns such mimicry as a heretical departure “from the codes of high watchmaking.” A watch chime, he says, “should sound like a watch chime,” and the only association he will admit is a musical one.

Audemars Piguet consulted musicians when developing the chimes for its Royal Oak Concept Supersonnerie series of minute-repeater wristwatches, which launched in 2016 after a decade-long research program. The aim was to “define quantifiable criteria for the ‘optimal’ sound,” says Michael Friedman, AP’s head of complications. Though specifics of the research are confidential, he says that the company “explored aspects of neurology and biology.”

The resulting Supersonnerie watches are built on the principles of guitar design, encasing steel gongs that are connected directly to a soundboard, instead of the more usual mainplate, so that vibrations are unimpeded by screws and other components,…

Read More:From a Lamborghini’s Roar to a Moët’s Pop: How Sound Became One of Luxury’s Most Powerful