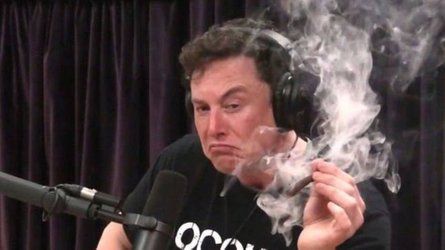 Tesla‘s CEO Elon Musk has announced via Twitter a multi-billion dollar question, whether he should sell 10% of his Tesla stock (so he would not be accused of not paying income taxes).

He attached a poll with two options – Yes or No – that will run for some 24 hours and already about 1.6 million votes were placed (out of 62.5 million followers).

“Much is made lately of unrealized gains being a means of tax avoidance, so I propose selling 10% of my Tesla stock.

Do you support this?”

The eccentric billionaire adds that he will abide by the results of the poll:

“I will abide by the results of this poll, whichever way it goes”

He further explained that he has no other way to generate cash than to sell stocks:

“Note, I do not take a cash salary or bonus from anywhere. I only have stock, thus the only way for me to pay taxes personally is to sell stock.”

Well, we don’t know whether there really is a necessity to sell shares or if there are some new, undisclosed endeavors that may need capital.

What we do know is that Tesla recently has reached new highs, exceeding a $1 trillion valuation ($1,000 billion). That would be an outstanding moment to sell!

“Analysts say he may have to offload a significant number of shares anyway to pay taxes since a large number of options will expire next year.”

We saw some comments from Tesla’s shareholders that are not entirely happy with such announcements, as it would potentially undermine their long position (prices of shares would go down).

The question is whether Elon Musk will still maintain control over the company with a decent enough voting power? Or maybe he intends to outsmart others – no surprise here – and buy the shares, once they will fall (which happens from time to time) at a lower price. A few years ago, he had a plan to take Tesla private (and funding was “almost” “secured”).

Anyway, we are waiting to see what will happen with Tesla next. One thing is for sure, with Elon Musk at the helm, you can’t count on having a relaxing weekend. It’s time to roll the dice.