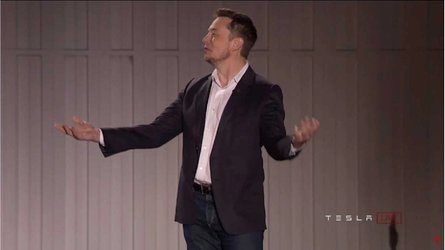 Interestingly, CNBC recently published an article digging up some month-old leaked emails from Tesla CEO Elon Musk to his entire global team. There were two emails, one about music in the workplace and another clarifying how managers should handle instructions from Musk.

After the article went live, several publications published articles with headlines saying Musk asked the manager to resign, or something similar to that. However, Musk didn’t ask any managers to resign, and those headlines are completely out of context.

We appreciate that CNBC included the emails in their entirety rather than just cherry-picking sentences to fit some narrative. However, as soon as the Musk emails were out there, it wasn’t long before lots of cherry-picking was happening at rival outlets. We’re going to focus on the email that’s getting everyone’s attention, which reads as follows:

If an email is sent from me with explicit directions, there are only three actions allowed by managers.

1. Email me back to explain why what I said was incorrect. Sometimes, I’m just plain wrong!

2. Request further clarification if what I said was ambiguous.

If none of the above are done, that manager will be asked to resign immediately.

As you can see, the words “that manager will be asked to resign immediately” are certainly in the message. However, it’s the last of several important points made by Musk. First and foremost, he reached out to every Tesla employee across the globe to tell them he’s “just plain wrong” sometimes.

Musk made it very clear that if managers think he’s wrong, they need to speak up and let him know right away. He goes on to share that if they simply don’t understand his instructions or if they need “clarification” because he “was ambiguous,” they should request an explanation.

Finally, Musk shared that if neither of the above come into play, they should “Execute the directions.” This makes perfect sense since if a manager fully understands Musk’s instructions and doesn’t think he’s wrong, their job is to move forward. If we were a manager at Tesla, we’d be appreciative of such clear communications from the CEO in writing.

If a manager can’t feel comfortable reaching out to the CEO with an issue or to point out that something’s wrong, or that the CEO himself is wrong or confusing, this is a big problem. In addition, if a manager isn’t confident about approaching the CEO for clarification, this is arguably an even bigger problem, since it could lead to the instructions being carried out improperly.

If a manager can’t properly communicate with the CEO, it will likely only lead to problems, which could easily be solved by a forced resignation. That said, as long as the expectations are abundantly clear, and more specifically, shared in writing to the entire team, there shouldn’t really be any issues. Communication is key, and Musk makes that very clear. What are your thoughts on this?