The Guanghzou Auto Show in China is serving as the debut spot for the new electric Genesis GV70. Of course, we’ve already seen and driven the standard, gasoline-powered GV70 here in America, but now there’s a version with a battery pack and pair of electric motors.

Fully electrifying the GV70 led to a few design changes, but nothing too drastic. Genesis is calling this version of its grille the “aerodynamic crest,” as it features an inverted G-matrix pattern and also incorporates a hidden charging port. Most of the regular GV70’s design carries over from the gas car, but the electric version gains a new rear bumper, since it doesn’t have any exhaust pipes that need to exit through it. And that’s it for big changes. We adored the GV70’s design before, so this is fantastic to see that it’s retaining nearly all of the attractive design elements.

As for vital specs, Genesis is being cagey for now. It says none of the specs for North America-bound cars are final, but we do get a few numbers to ponder. For one, the electric GV70 is slated to be all-wheel-drive-only and will do the 0-60 mph sprint in 4.5 seconds when you use its “Boost Mode.” Charging will also be super quick, as it’ll be capable of 350 kW fast charging. This will enable you to get from 10% to an 80% charge in under 20 minutes, assuming you can find a charger capable of those speeds. 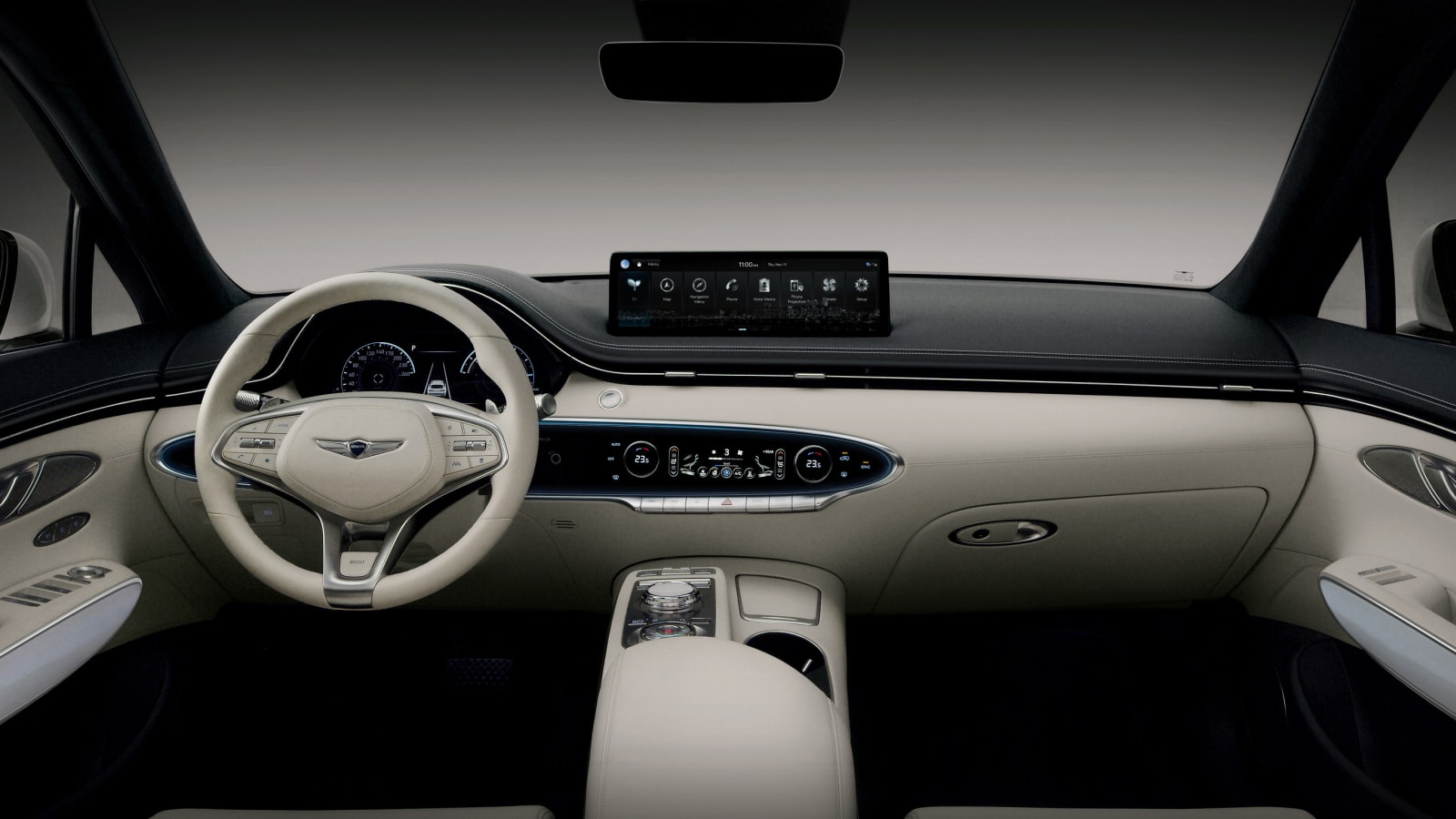 Genesis provided one interior photo for us, and it appears to be a carbon copy of the gas GV70 — once again, that’s a good thing. It supposedly includes a number of eco-friendly material finishes, but Genesis does not detail what those are in its release. At any rate, you should be ensconced in luxury, as the electric GV70 features active noise-canceling tech and the Preview Electronic Control Suspension that uses a camera to collect information about the road ahead, then automatically adjusts the dampers to provide the smoothest ride possible. Similar to other Hyundai Group electric vehicles, this one features a 3.6 kW vehicle-to-load feature that allows you to plug in a wide variety of household appliances and items and power them via the car.

Final specs and more information will have to wait for a U.S. debut of the electric GV70. However, Genesis doesn’t say when that will be, so we don’t yet have eyes on when this GV70 will go on sale here, nor do we know how much it will cost when it does.