There’s been a lot of talk of Tesla and Ford developing a rivalry between the Model Y and Mustang Mach-E as well as the Cybertruck versus the F-150 Lightning. Certainly that has substance to it.

Tesla has been the leader in EVs for more years than any other automotive manufacturer. Yesterday, Stellantis (the new name for the company formerly known as FCA/Chrysler) held an EV summit and jumped into the electrification conversation. Their new initiative spans their entire brand/product line and encompasses both Europe and North America.

“The strategy we laid out today focuses the right amount of investment on the right technology to reach the market at the right time, ensuring that Stellantis powers the freedom of movement in the most efficient, affordable and sustainable way,” said Carlos Tavares, Chief Executive Officer, Stellantis.

According to information from Stellantis, they have ambitions to have 40 percent of their passenger car and light-duty trucks in the U.S. to be low-emission vehicles (LEVs) by 2030.

So, it begs the question, if Ford had been focused heavily on Tesla, and always on what General Motors does, did they forget about Stellantis? And with Dodge looking to take the Mustang’s title away as the sales leader in the muscle car segment perhaps as early as this year, would an EV version of a Challenger/Charger give them even more of an edge?

Likewise, with the Ram pickup truck being a regular challenger against the F-Series, although F-Series has been the segment sales leader for decades, could a Ram EV truly challenge the F-150 Lightning? Let’s explore both of these questions further. 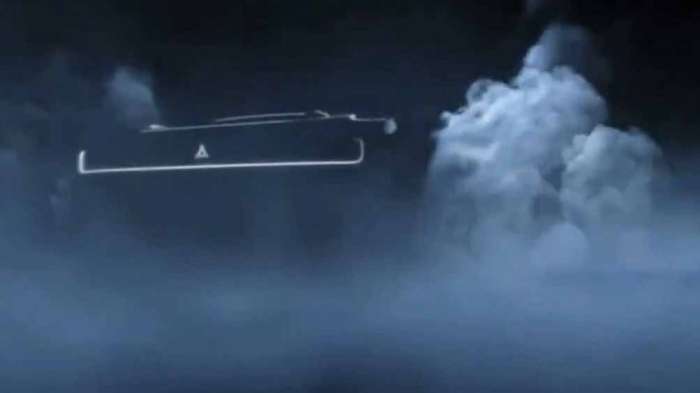 An Electric Muscle Car from Dodge Is Coming
For a long time Dodge seemed dug in and refused to talk about electrification for their muscle cars. Rather they continued to add horsepower to their Challenger and Charger cars and focused on speed and performance as it relates to internal combustion engines (ICE).

And frankly, that strategy seemed to work as Dodge has gained ground on the Mustang within the segment, thanks in part to the waning sales of the Chevy Camaro. But as Ford launched an electric crossover and named it Mustang, that seemed to rankle some of the muscle car enthusiasts.

Did Ford lose Mustang customers because of that? Did they jump to Dodge in favor of good old-fashioned gasoline powered muscle cars? That data is not available and I’m sure there were some so-called Ford/Mustang enthusiasts who jumped ship. But generally, brand loyalists are brand loyalists even if they’re annoyed by the name of the Mustang Mach-E.

As part of Stellantis’ EV plans, the Dodge line now has an EV mantra that was announced. It’s actually pretty good and seems to fit the speed-oriented Challenger and Charger quite well: “Tear Up the Streets… Not the Planet”.

Dodge (barely) teased what the eMuscle might look like (pictured above) and it had a throwback vibe. Otherwise, there remains a lot of mystery surrounding what it will be called and whether it would be a two-door or four-door.

There have been unconfirmed rumors of a true electric Mustang for the next generation (S650) build of Ford’s pony car. However, Ford has yet to announce such plans, while Stellantis has now committed to a Dodge EV muscle car around the year 2024. The seventh-generation (S650) Mustang is due out around 2022 or 2023 with no official word on an EV version from Ford. But I’m sure it’s planned.

I asked Jiyan K. Cadiz, North American Passenger Vehicle Communications Manager for Ford, if there was anything official regarding an electrified Mustang and his response was thankfully more than the standard “we don’t comment on future vehicles”.

He said, “We’re always looking for ways to keep the entire Mustang brand lineup exciting, as well as delivering more performance our enthusiasts crave. And while we cannot comment on future product plans, the all-new Mustang Mach-E has growing momentum including Car and Driver EV of the Year, and will only get hotter with the GT ad GT Performance Edition coming in the fall. And with our electrified prototype Mustang Mach-E 1400 and Cobra Jet 1400 interest around their performance capabilities grows every time they’re shown.”

Related story: Mustang Mach-E is recognized by Car and Driver as EV of the Year.

As part of the Stellantis EV initiative they are creating four new EV-exclusive platforms (STLA frames). This could give an EV muscle car from Dodge range of between 400-500 miles, which even tops the best range of the Mustang Mach-E. And as the name implies, you could expect it to be quite fast and powerful as it “tears up the streets.”

Ford would be wise to announce an EV Mustang and would also be wise to make it fast with a lot of range, or Dodge just might keep applying the pressure on the Mustang, which is the second longest- running nameplate in automotive history and holds iconic stature. 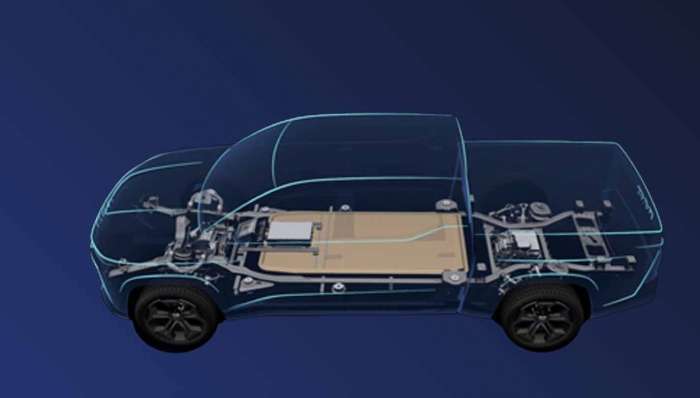 EV Pickup Trucks – A New Contender Emerges
Things are definitely heating up in the pickup truck world when it comes to electrification. Tesla can pat themselves on the back for being the disruptor in the best-selling segment in the industry with the Cybertruck.

Say what you want about this futuristic-looking truck, it definitely got the Big Three automakers’ attention. Ford has the F-150 Lightning coming out next year and claims to have more than 100,000 reservations for it. GM has an electric Silverado coming out too.

But now Stellantis announced an electrified Ram pickup with a slogan to boot. The Ram EV mantra as announced is: “Built to Serve a Sustainable Planet”.

I’m not sure how effective of a slogan that is, compared to the awesome one for Dodge, as many truck consumers don’t seem to care much about the “green” aspect. But the one stat announced by Stellantis when it comes to the truck EV platform should have Ford take note.

The STLA Frame for trucks was announced to have a range of up to 500 miles.

This is the one area that was quite disappointing when it came to the F-150 Lightning. Range anxiety is still a thing for uncertain consumers, especially truck consumers. So when Ford announced the Lightning would have a range of 230 to 300 miles it seemed like not enough. Tesla claims the Cybertruck will get more than 400 miles.

So if Ram enters the EV truck world with a range that gets near 500 miles that could be a game changer and challenge Ford as the truck leader. Ford would be wise to improve their battery range for both the F-150 Lightning and all future products. 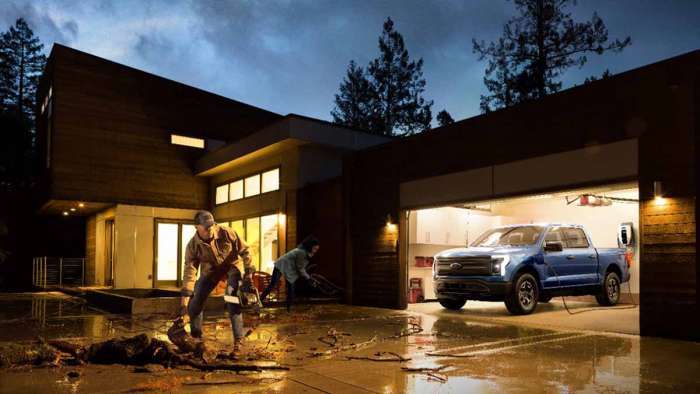 Conclusion
I regularly argued that Dodge/Ram/FCA (whatever they want to be called) was falling behind when it came to automotive technology. They had very few hybrids for many years. They had no EVs in their fleets. Their idea of innovation for years was just to add horsepower to their product line which frankly isn’t very innovative at all.

Sure Demons and Hellcats are awesome, especially on the drag strip, but they seemed to be getting passed by their competition in the area of electrification, which is the future (like it or not).

Now that Stellantis is engaged in electrification this can only raise the bar and challenge Ford, GM and Tesla further. Competition is always good for the consumer, so my takeaway from Stellantis’ EV announcement is that Ford better take note and look at them as real competition.

What do you think about the Stellantis announcement? Leave me your comment below.

Jimmy Dinsmore has been an automotive journalist for more than a decade and been a writer since the high school. His Driver’s Side column features new car reviews and runs in several newspapers throughout the country. He is also co-author of the book “Mustang by Design” and “Ford Trucks: A Unique Look at the Technical History of America’s Most Popular Truck”. Also, Jimmy works in the social media marketing world for a Canadian automotive training aid manufacturing company. Follow Jimmy on Facebook, Twitter, at his special Ford F-150 coverage on Twitter and LinkedIn. You can read the most of Jimmy’s stories by searching Torque News Ford for daily Ford vehicle report.

Read More: Dodge and Ram Could Be Real Competition For Mustang and F-150 When It Comes To