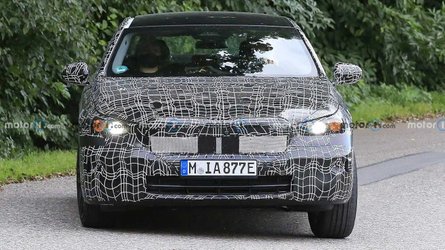 Just the other day, we shared a rendering of a Tesla Model 3.5, which is a wagon version of the popular Model 3. The concept was very well received. Now, in a similar fashion, we have a report stating that BMW may be working on a 5 Series wagon, and it could be electric.

BMW’s new 5 Series isn’t coming for a few years. According to BMW Blog, the next generation is set to arrive in 2023. As expected, it will be offered with electrified powertrains. BMW isn’t diving headfirst into the transition to electric cars, though it already offers several models that are available with a plug-in hybrid electric vehicle (PHEV) powertrain as an option.

That said, the publication says it expects two BMW i5 sedan options, along with the German luxury brand’s first electric touring wagon. BMW Blog says “sources” confirm that BMW hopes to move forward with an i5 Touring model, and it will likely come to market in 2024. The report also suggests that the model will be “heavily electrified.”

BMW will likely offer the 5 Series Touring as a plug-in hybrid, and BMW Blog says it expects two PHEV options, one with a four-cylinder engine and one with a six. In addition, a fully electric i5 wagon could be in the mix. Regardless, the publication says to expect all-wheel drive as at least an option in the electrified variants.

Wagons are still very popular in Europe, and it would come as no surprise if they regained popularity on our shores along with the advent of electrification. BMW Blog writes:

“If the BMW i5 Touring becomes reality, we expect an M Performance version of it, like the i4 M50, with two electric motors, at least 500 horsepower and a range above the 300 miles quoted in the i4.”

The upcoming G60 BMW 5 Series will probably be unveiled in late 2022, so it will give folks an idea of what a potential electric touring wagon could look like. BMW Blog says the upcoming design will do away with the bold cues and huge grille found in current BMW models, as well as being more upscale inside. Moreover, it may come to market with available Level 3 autonomy.