The BMW i4 media roll-out continues in Washington where the new electric Gran Coupe stopped last week. The i4 Gran Coupe was unveiled first to the media in Los Angeles and we covered the event here and here. You even drove an i4 prototype back in May. But now the media on the East Coast will have the chance to experience and sample of the advanced tech features of the i4. As always, BMW has decided to snap some photos to promote the car.

This one of the few times where the i4 was shown outside into the real world, so that makes these photos even more intriguing. The car displayed is the BMW i4 eDrive40. The entry-level i4 will be the electric equivalent of a BMW M440i-ish, while the BMW i4 M50 will sort of take on an M4 Gran Coupe role, thanks to its massive performance. 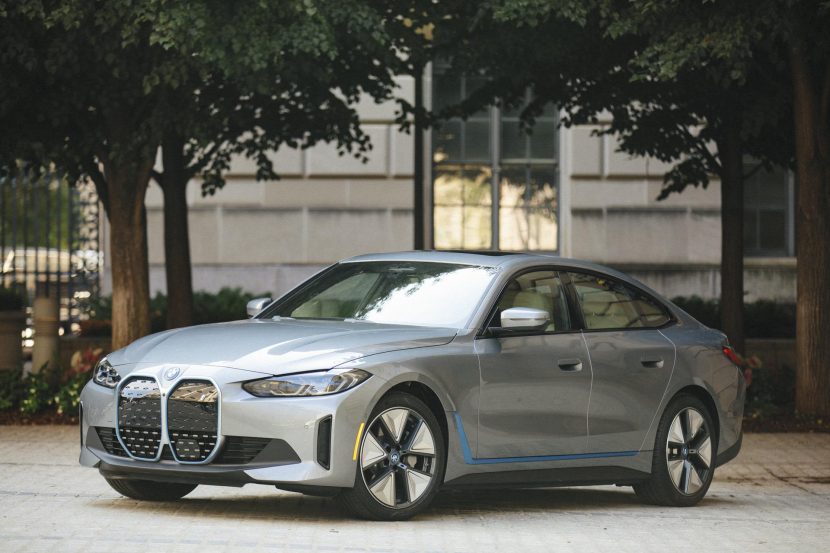 The BMW i4 eDrive40 uses a single, rear-mounted electric drive unit that makes 335 horsepower and 317 lb-ft of torque. It will have a range up to 300 miles and a 0-60 mph time of around 5.7 seconds. So it packs M440i-ish power but has the performance of a 430i. However, the top model BMW i4 M50 gets a whopping 536 horsepower and 586 lb-ft of torque. That means the most powerful 4 Series of all is not only electric but also tuned by the M Division. According to BMW, max range is around 235 miles and 0-60 mph happens in 3.9 seconds. That makes it more powerful than the Model 3 Performance but, likely due to weight, a bit slower on paper. 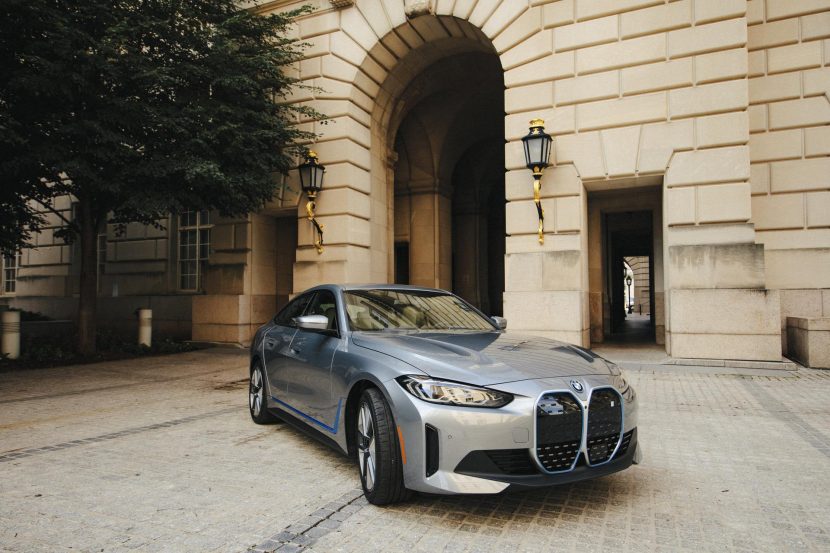 The i4 M50 also gets a SPORT Boost function increasing the system’s combined drive power by 67 hp to its maximum of 536 hp for over ten seconds. At the same time, combined torque is upped by 48 lb-ft to 586 lb-ft. The extra burst of acceleration is accompanied by an M-specific soundtrack.

Both cars get an 81.5 kWh net-energy battery pack (f 83.9 kWh gross) that’s as sustainable as absolutely possible. The high-voltage battery in the i4 is comprised of four modules with 72 cells each and three 12-cell modules. The i4 can charge at up to 200 kW, with a compatible DC fast charger. At that speed, the BMW i4 40 can recharge 102 miles of range in just ten minutes, while the i4 M50 only gets 87 miles of range in the same time. It can also charge at 11 kW from a Level 2 home charger, which will take eight hours to fully charge the battery.

Read More: BMW i4 electric car stops in Washington for a media tour