The iGo Core-Edge isn’t a bike that’ll go absolutely anywhere you want to take it, but it will handily go more places than your average affordable e-bike.

iGo, a Canadian e-bike brand, bills the Core-Edge as a “durable trail bike” designed to handle “gravel tracks and … forest paths,” and I’d assess it about the same. It’s built in the image of an eMTB with flat bars, front suspension, knobby tires and a more aggressive frame. But its hub motor and more affordable componentry, among other things, cut its definition short of a full-fledged trail ready eMTB.

This bike will definitely do dirt, but it’s going to be much happier on doubletrack roads and relatively smooth gravel paths.

iGo went full eMTB for the Core-Edge’s looks. Instead of putting on racks and fenders they left the bike light and lean. 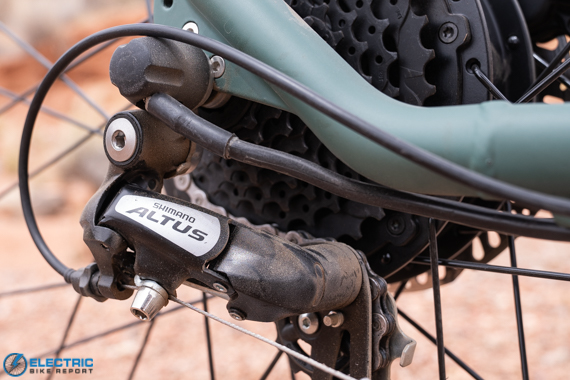 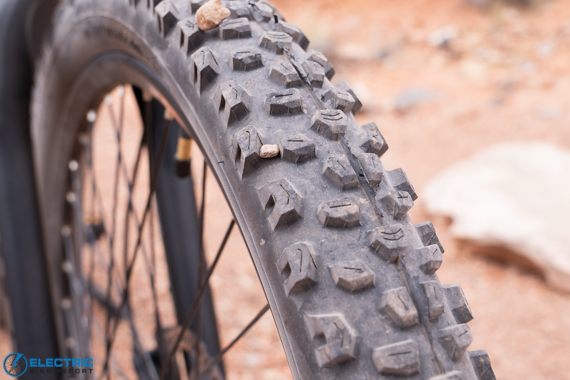 So, if you’re looking for a single track trail bike that’ll handle more technical riding, this likely isn’t the bike for you. But if you’re looking to explore some off-road environs that would be challenging in a car but more navigable on a bike, this is a great option.

The Core-Edge is built around a 500W rear hub motor that makes up to 50Nm of torque and a 48V, 12Ah (576Wh) battery for solid range even in more demanding off-road environments. IN its stock format, that motor is broken into up to nine levels of PAS for super refined motor assistance and is engaged via a remarkably responsive cadence sensor.

Nine levels of PAS is quite a lot considering many affordable hub-driven e-bikes have no more than five (and even that, sometimes, can feel like too many). For our testing we toned down the number of PAS levels to the more typical five to make the Core-Edge easier to compare to other similar e-bikes.

The drivetrain is a Shimano Altus 8-speed setup that works well off-road and the braking is handled by a set of Tektro hydraulic disk brakes with 180mm rotors front and rear.

Lastly, as any good off-road e-bike should have, the Core-Edge uses a RST Blaze front fork with 100mm of suspension.

Gas vs. Electric Vehicles: Which is Cheaper to Own? | Bankrate – Electric Wheelco

Gas vs. Electric Vehicles: Which is Cheaper to Own? | Bankrate - Electric Wheelco

Here Are Some Cool EVs You Can Buy In Mauritius