Tesla wants EVs of all brands to use its charging connector

Tesla on Friday made an open call to charging network operators and other vehicle manufacturers to use its connector standard, which it is now calling the North American Charging Standard (NACS).

The company may have already committed to the CCS standard for Europe, but as the industry converges around the CCS standard in the U.S., the timing of the new NACS push makes one thing clear: Don’t look for a CCS port in U.S. Teslas anytime soon, and we’re going to have two competing EV fast-charging standards for the foreseeable future.

Among all charging connectors in North America, NACS is the most proven, Tesla argues, and it outnumbers CCS two to one. Further, there are 60% more NACS connectors than CCS connectors in the U.S., it claims.

To parse this a different way, according to the U.S. Alternative Fuels Data Center, breaking down U.S. fast-charging by type, Tesla now has more ports than CCS or CHAdeMO combined. Although by location the road-trip-oriented Supercharger network remains a distant third.

Tesla also notes that it takes up half the size of CCS—an important packaging and design consideration for EVs.

It’s also the only one that was designed to offer AC and DC charging in the same package—now up to 1 MW on the latter.

Tesla has released updated technical specs released for the standard in the past week, and it says that it’s “actively working with relevant standards bodies to codify Tesla’s charging connector as a public standard.”

“As a purely electrical and mechanical interface agnostic to use case and communication protocol, NACS is straightforward to adopt,” Tesla said, noting that the design and spec files for NACS are available for download.

Tesla also noted that it “has successfully operated the North American Charging Standard above 900A continuously with a non-liquid cooled vehicle inlet.” That’s higher than CCS permits without water-cooling, and an important distinction as it may mean lower complexity to charging-station operators.

It says that network operators “already have plans in motion to incorporate NACS at their chargers, so Tesla owners can look forward to charging at other networks without adapters.”

Tesla’s standard was delivered in the Model S starting in 2012 and predates CCS, which didn’t arrive in any production EV until late 2013—in the Chevy Spark EV—and for the first few years was limited to a handful of niche EVs not intended for widespread sales. The BMW i3, arriving in 2014 was the first model with the standard to aim for volume sales.

The CHAdeMO standard for fast-charging had already been out for nearly three years at that point, and it was being used in road-trip fast-chargers in the Nissan Leaf and Mitsubishi i-MiEV by those willing to make do with those models’ limited range. Nissan is the last automaker currently delivering U.S.-market vehicles—the Leaf—with the CHAdeMO fast-charging port. But with the shift to CCS in the upcoming Ariya it’s a legacy standard.

“Network operators already have plans in motion to incorporate NACS at their chargers, so Tesla owners can look forward to charging at other networks without adapters,” the company notes. 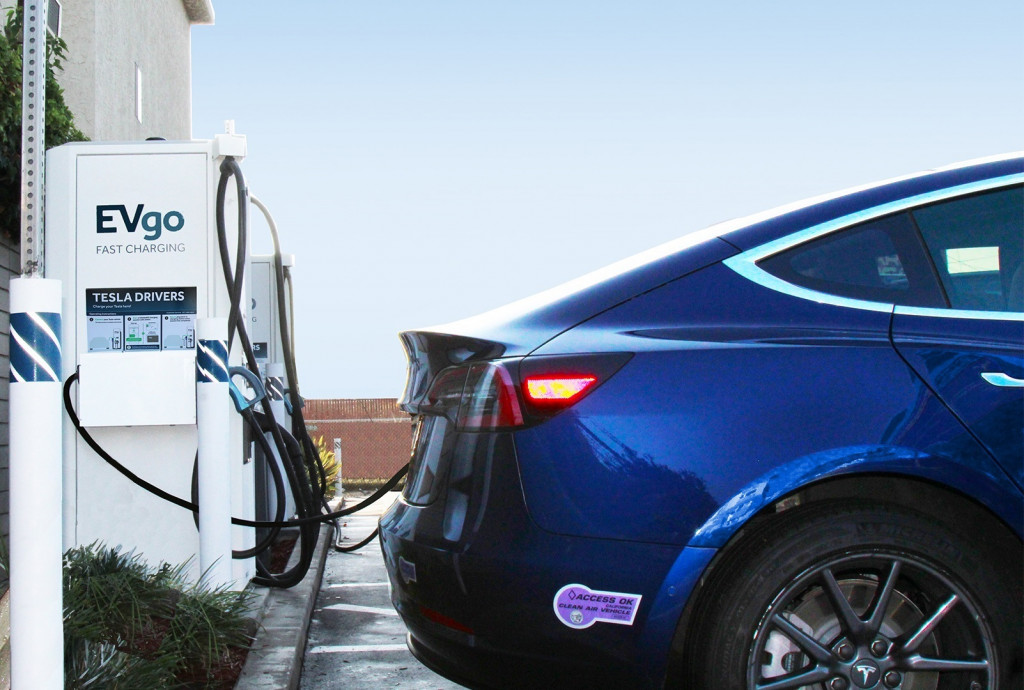 Tesla and its CEO Elon Musk have teased the idea of opening the standard for years. So far no other automakers have made public their signing on to the Tesla standard—except for Aptera and its upcoming three-wheel solar EV—and the charging network EVgo remains the only one that has aimed to add many more Tesla chargers.

The timing of Tesla’s announcement may also have a lot to do with the formation of a massive $7.4 billion federal EV charging network requiring that stations use non-proprietary charging systems. In opening its system up and giving it a less proprietary-sounding name, Tesla may be doing what it needs to be included in future rounds. 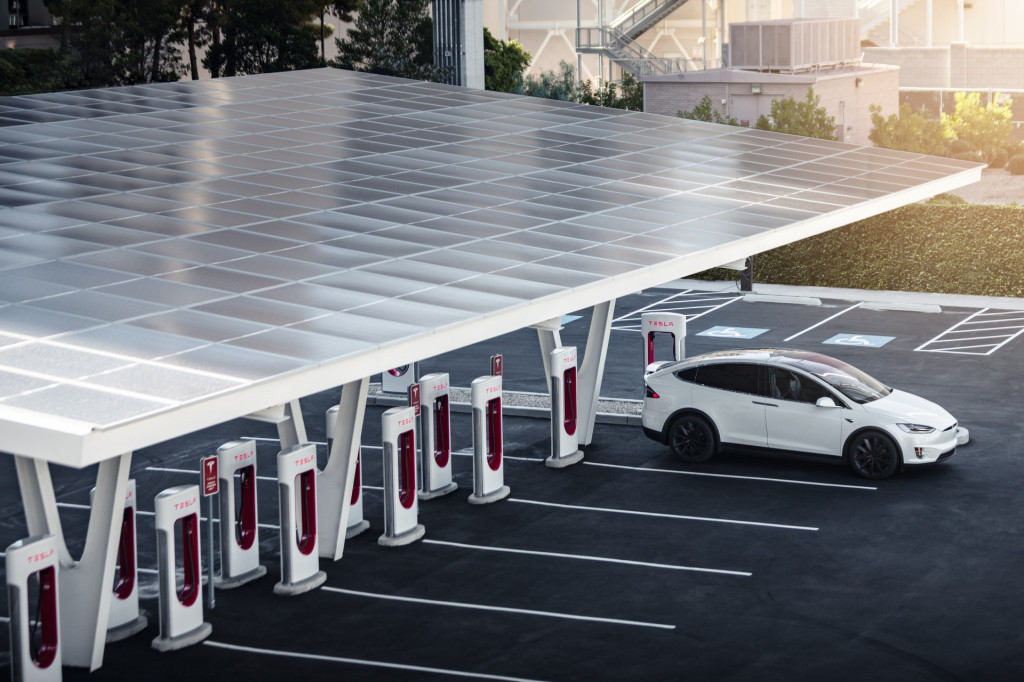 With a layer of skepticism applied, it may also have much to do with Tesla’s stock value, which was at a nearly two-year low Wednesday partly over Elon Musk’s Twitter woes. Last November, Tesla stock had one of its biggest spikes ever just after the combination of a 100,000-vehicle purchase from Hertz and, even more so, the opening of the Supercharger network to non-Tesla vehicles in Europe.

Whatever the timing, it’s making clear that the battle between EV charging standards is most definitely not over.