The Nissan Leaf will finally get bidirectional charging in the United States, and it won’t affect the EV’s warranty, Nissan confirmed this past week.

Leaf models have for years had the hardware for bidirectional charging, which allows electric cars to discharge stored energy from their battery packs. And while Nissan has allowed and enabled the capability in some other markets, it hasn’t officially enabled the feature for the U.S. market until now.

For now, Nissan is only allowing bidirectional charging with the Fermata Energy FE-15 charger, which meets the UL 9741 standard. This was the first charger to comply with UL 9741, back in 2020, Fermata claims.

Fermata also has an energy-management app that monitors energy use by buildings, and can draw power from EVs during high-demand periods to lessen stress on the grid, Nissan says.

The automaker claims the Leaf is the only all-electric passenger vehicle in the U.S. market currently able to supply power to the grid. Ford beat Nissan to the market, however, with a factory-approved system for the F-150 Lightning, with inverter, disconnect switch, and a battery pack, to disconnect during brownouts and back up the home—and it’s studying grid-buffering capability. Hyundai has advertised vehicle-to-load (V2L) capability for vehicles based on its E-GMP platform, allowing them to power tools or other electronic devices; a more comprehensive home system from Hyundai is on the way. 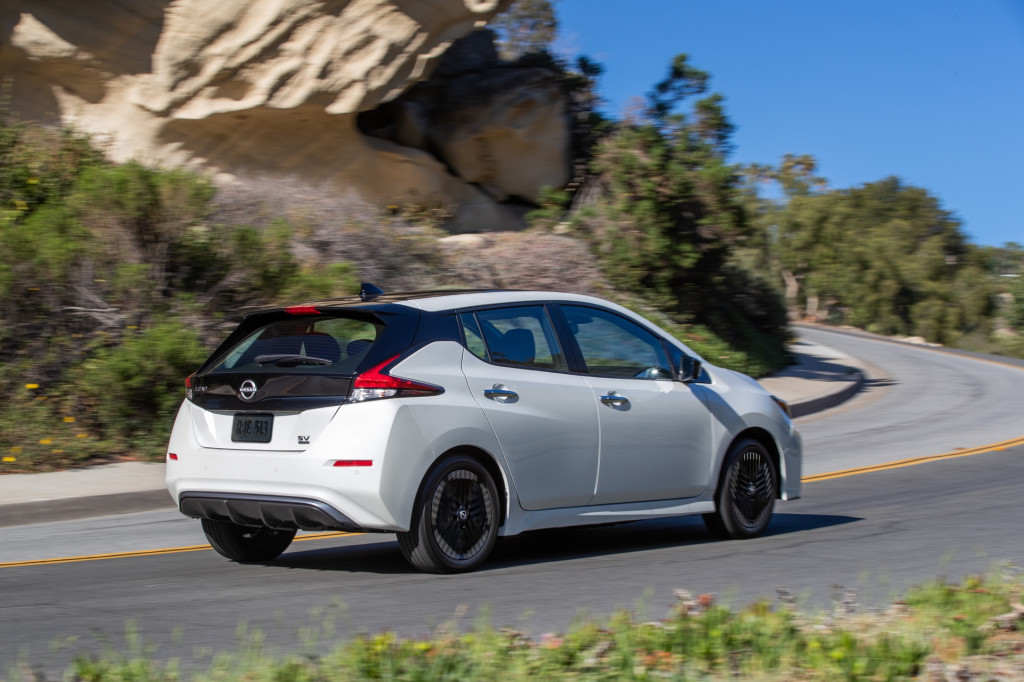 This capability has been a long time coming.

The Leaf’s CHAdeMO standard enabled bidirectional charging essentially from the start (although Nissan appears to say that it’s been enabled in U.S. models from 2013 on). Nissan revealed its Leaf-To-Home charging station for other markets in 2012.

So although you’ll need to invest in a new charger, you might not need a new EV, or even a nearly new one, to take advantage of this flexibility.

In the interim, Wallbox has advertised what appeared to be the first Leaf-compatible bidirectional home charging station for the U.S. since 2020. In a response to Green Car Reports, Nissan verified that it is not yet approved in the same way and couldn’t yet comment on that approval status.

—
with reporting by Bengt Halvorson