A decade ago, when the Nissan
Leaf appeared as the first widely available mainstream electric car, the only
drivers genuinely interested in buying one were early adopters with short
commutes. With only about 100 miles of range and a new consumer phenomenon
later dubbed “range anxiety,” the Leaf had limited appeal.

But in subsequent years, advances
in battery design and packaging meant more miles, broadening the acceptance of
electric vehicles. Gradually, more buyers could envision using an EV for trips
to and from work or for errand runs around town. Today’s EVs range from pokey
and basic to fast and luxurious, with price tags to match. But if you don’t
need a lot of range, some of today’s top electric vehicles can be had for the
price of an average sedan, and for even less when you factor in federal and
state incentives.

We’ve gathered up the most
affordable electric vehicles you can buy today and tip you off about some
notable options on the horizon. If you’ve been hesitant to dip a toe in the
electric waters (irresponsible metaphor aside), now is a great time to make a
relatively low-risk leap.

An EV that outdistances its
competitors and costs less than the rest? That’s the Leaf’s formula, and it’s a
hard one to resist. With 149 miles of range in its affordable base trim (an
optional larger battery-pack version, the Leaf Plus, can travel up to
226 miles), the Nissan offers useful distance and is the least expensive
car in the class. It’s also quick to accelerate and handles well. Limited
storage and back seats that don’t fold flat are our only gripes. For 2022,
Nissan lowered the Leaf’s price across the board compared to the 2021 models.
Even better, Nissan has expanded the amount of content on the lower two trim
levels. 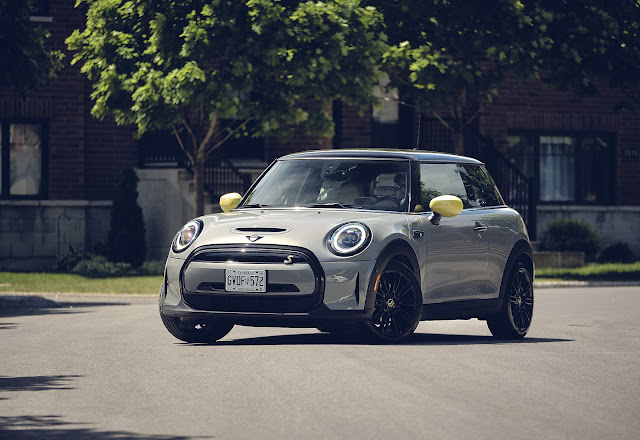 Mini traditionally offers
vehicles that are nicer and more expensive than most mainstream automobiles.
But it’s trying something different with its all-new Mini Cooper SE. The Cooper
SE, which is based on the Hardtop 2 Door, is all about style, fun
and affordability. With an EPA-estimated 110 miles of range, it can travel
significantly less far than the other models on our list. But that distance is
still enough for most commutes, and we managed to squeeze 150 miles out of a
Cooper SE in our real-world EV testing. For 2022, the Mini Cooper gets updated
front and rear bumpers, plus a standard digital instrument panel. 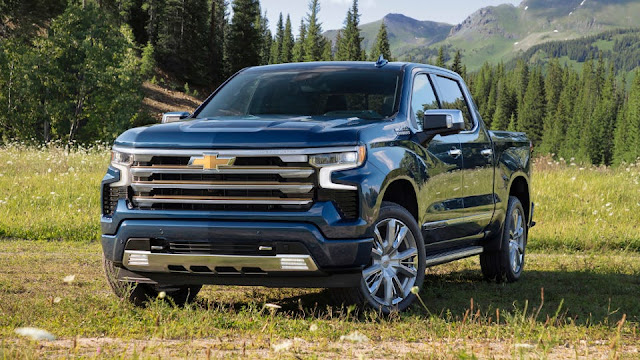 The 2022 Chevrolet Bolt was
substantially upgraded this year and addressed many of its prior shortcomings.
The styling has been refreshed, the front seats are more comfortable and it has
a new infotainment system featuring wireless Android Auto and
Apple CarPlay. Most importantly, its starting price has dropped
considerably, with no apparent loss in features or quality. The Bolt offers 259
miles of total range; in terms of range for the money, no mainstream electric
car offers more. There are some drawbacks: The Bolt’s cargo area is small and
it may not have the “cool” factor that some EV buyers might want.
Also, the uncertainty stemming from the Bolt’s massive battery recall indicates
that shoppers should proceed with caution. 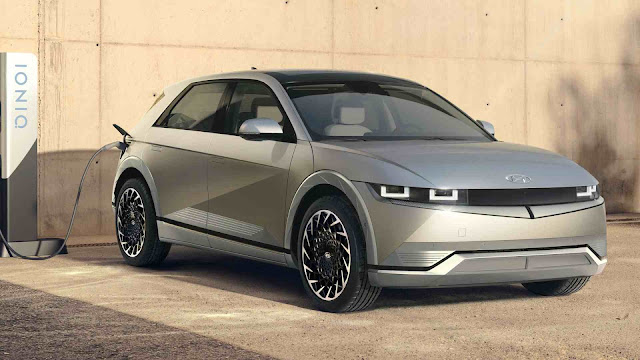 Today’s Ioniq Electric has more
range than the model initially offered — a larger battery pack arrived last
year and increased the EPA range estimate to 170 miles (versus 124 miles
previously). The Ioniq Electric also gained Level 2 and Level 3 charging capability,
slightly more horsepower, and updated technology features such as a bigger
infotainment display. It still has a few downsides, such as a small and
uncomfortable back seat, but overall it’s certainly worth a look. 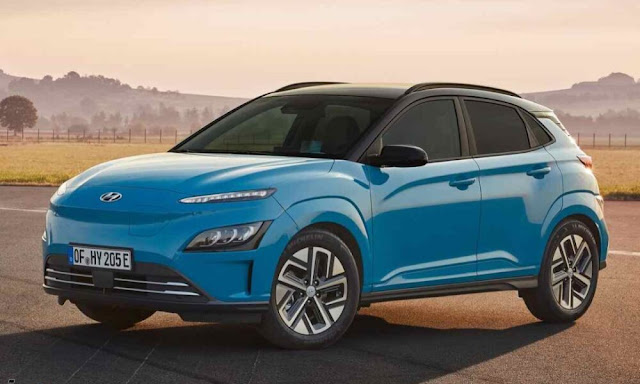 The Kona Electric offers plenty
of electric range for its price, an attractive interior, and a generous list of
standard equipment. It’s also quick, nimble and fun to drive. For 2022, it
receives a refreshed exterior and interior, along with a number of
added features. On the downside, rear legroom is tight (just like in the
gas-powered Kona) and availability is limited to certain states. 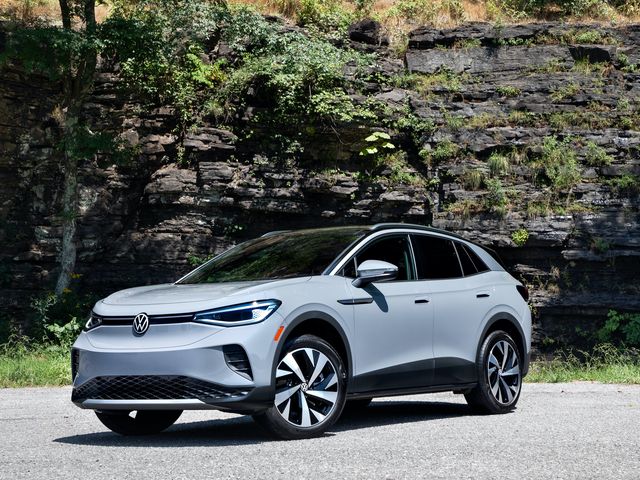 The Volkswagen ID.4 is the first
vehicle from VW that was designed to be electric from the ground up. It is
marketed as an SUV, but the ID.4 is actually smaller than VW’s Tiguan compact
SUV and looks more like a hatchback. That said, its passenger space
is nearly identical to that of the Tiguan. We don’t consider this a
fun-to-drive vehicle in the recreational sense, but it does make for
comfortable transport that we wouldn’t mind driving every day. 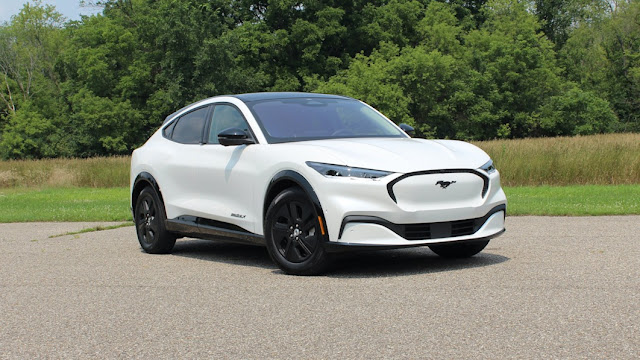 Though Ford did produce an
electrified version of the Focus in the middle of the last decade, the new Ford
Mustang Mach-E is the Blue Oval’s first clean-slate electric vehicle. We were
initially skeptical about Ford’s use of the Mustang name here, but
the driving experience is enjoyable enough for the Mach-E to earn that
badge. The most powerful GT model can sprint to 60 mph in the mid-3-second
range. Outside of performance, the Mustang Mach-E is well regarded for its
controlled and comfortable ride, spacious interior and intuitive touchscreen
interface.

The incredible popularity of the
Model 3 shouldn’t come as a surprise. It offers excellent range, advanced
gadgetry and gimmickry (whoopie cushion sounds when engaging the turn signals,
anyone?) and real utility. Its massive trunk and smaller front trunk
make packing for long trips easy, while its tight steering, composed
handling and instant acceleration make it a blast to drive. Overall, the Model
3’s merits — including a realistic entry price — make it one of the best
midsize sedans, electric or otherwise, available today. Notably, it’s a repeat
winner of our Top Rated Electric Vehicle award. 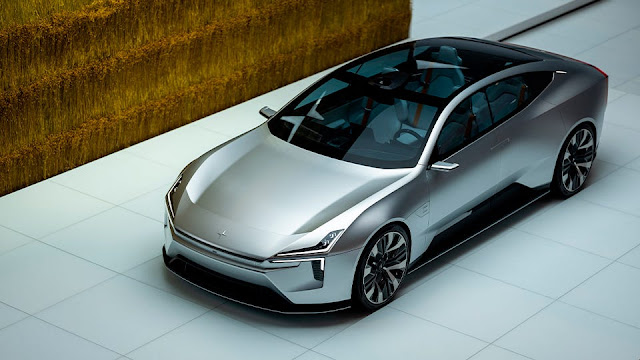 Polestar itself is a fairly young
brand, but buyers hesitant about considering an EV from an upstart manufacturer
needn’t worry — Polestar is part of the same group that produces Volvo. As
such, the Polestar 2 electric sedan shares the majority of its
sharp interior design with vehicles such as the Volvo S60 and XC60.
Indeed, the Polestar 2 has a nicely appointed cabin replete with high-quality
materials and digital screens aplenty. We also like the Polestar 2’s quick
acceleration, pleasant ride and practical rear hatch. This year, the Polestar 2
gets much more affordable thanks to a new entry-level model with a single
electric motor. 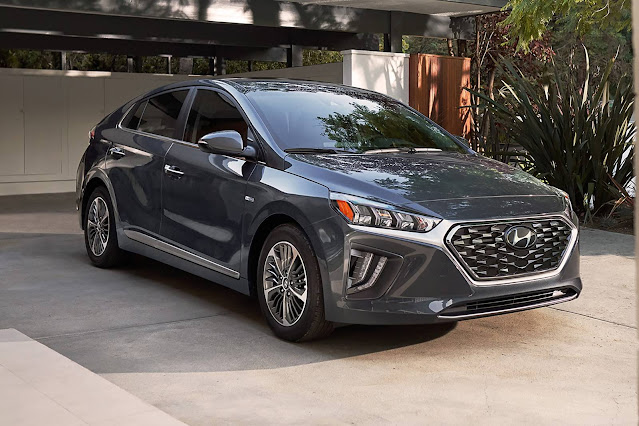 The Ioniq Plug-In Hybrid is
essentially the same as its standard hybrid counterpart, with a bonus: It’s
able to recharge its battery pack from an electrical source. With up to 29
miles of electric-only operation and a standard four-cylinder engine to take
over when the juice runs out, the Ioniq PHEV (for plug-in hybrid electric
vehicle) combines fuel efficiency and electric mobility for buyers still
cautious about getting caught out on the highway with a depleted battery. The
Ioniq isn’t the most refined PHEV out there — its interior can be loud, its
ride firm and its engine sluggish — but it’s a solid value proposition made
better by updates last year to its infotainment and driver safety systems. 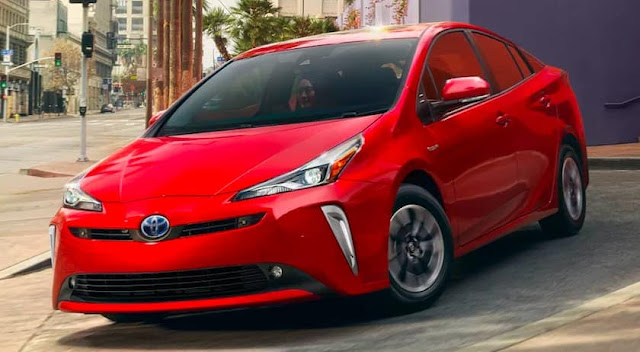 The automaker that nearly
single-handedly grew the hybrid class as we know it, Toyota was quick to add
plug-in recharging to its game-changing Prius. The Prime’s 25-mile cache of
electric-only miles is enough to last many drivers most of the day. Once
those miles are used up, the Prime’s responsive four-cylinder engine takes
over the rest of the way. On a Level 2 (240-volt) connection, the battery can
be refilled in about the time it takes for a movie or a leisurely dinner. The
Prime also added Android Auto functionality last year, making it compatible
with most phones on the market (Apple CarPlay was already supported). 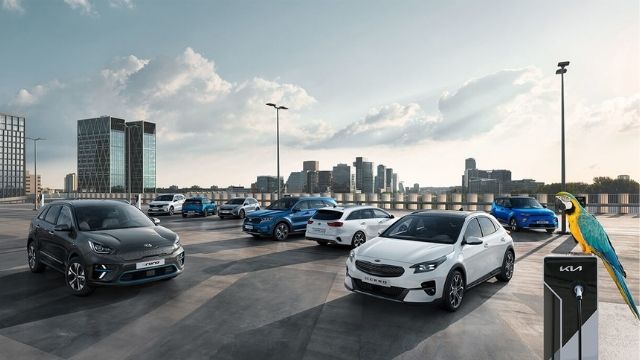 When it comes to full EVs, the
Niro EV is one of our favorites, but it’s also pretty pricey (although less so
after factoring in tax incentives). That’s what makes the Niro PHEV so
attractive. You get legitimate hatchback practicality, good fuel economy, and
a hearty 26 miles of all-electric range. If your needs are primarily
shuttling young ones to sports activities around town, the Niro PHEV is a solid
answer. It comes well equipped with standard features, including excellent
smartphone integration and infotainment tech. Despite its SUV look, the Niro is
front-wheel-drive only, but that doesn’t diminish its otherwise excellent hatchback/crossover
qualities.

Comparing the costs of
electricity required to run an electric car versus the costs of gasoline to
power a regular car is still an arcane science with many variables. Charging at
home overnight, for example, allows you to charge at off-peak hours, reducing
your costs. If you charge during the day, you’ll see those rates jump. If you
often charge at work or an outside charging station, you’ll need an account
with one of the growing numbers of electricity providers that often offer
flat-rate charging ($5 per session, for example). Generally speaking,
electricity costs less than gasoline and its pricing is more stable. But
there’s a learning curve to understanding when it’s cheapest to tap into the grid
to top up your EV.

Electric cars are just that: cars
powered solely by electricity stored in a battery pack. Plug-in hybrids, on the
other hand, use a regular gasoline engine paired with a battery pack and electric
motor. The battery pack can be recharged from an electrical outlet or charging
station, but it can also store energy recaptured during braking. Usually the
battery pack on a plug-in runs out of electricity within 20-30 miles, at which
point the gas engine takes over, so you never need to worry about running out
of juice. Full EVs require more thought, route planning, and an evolving
knowledge of the location of charging stations. (Most onboard navigation
systems can help locate stations and eliminate the guesswork in unfamiliar
areas.)

Ford Has Battery Supply For 600,000 EVs A Year, Will Add LFP Batteries From CATL

EV Subscriptions From Autonomy Getting An AutoNation Boost